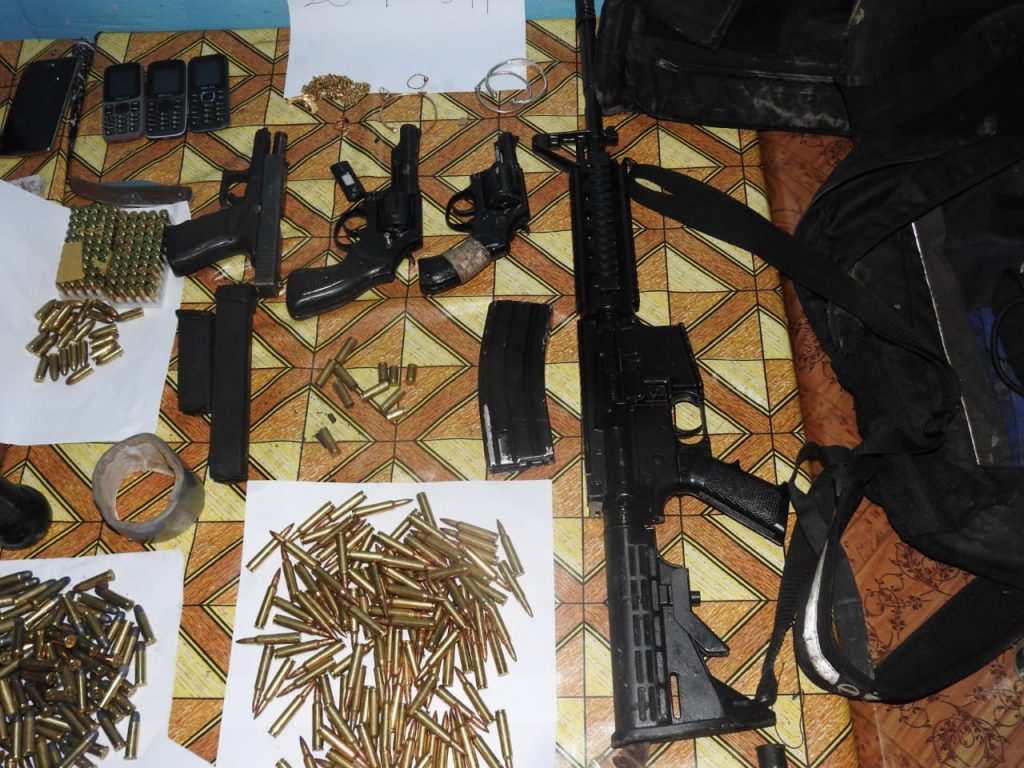 The guns, ammunition and jewellery that police said they found after they shot and killed three men during an exchange of gunfire. The “yellow metal” jewellery is seen at the top of the picture.

Guyanese police said GYD$$609,330 was among several items found in the possession of three bandits who were shot dead during a confrontation with police in the backlands of Mibicuri, Black Bush Polder.

Investigators did not say to whom the money belonged, but the three men were widely believed to have been involved in a series of robberies in East Berbice during the past several weeks.

Police said they found five cellular phones, devices that sleuths would undoubtedly check to ascertain ownership and with whom the men had been in constant contact as they wreaked havoc on residents and businesses including a Chinese supermarket near the Albion Police Station.

From the evidence at the crime scene, the three men—Kelvin ‘Kelly ‘ Shivgobin, Ramnarine Jagmohan and Sewchand “One Eye Pappy” Sewlall—were well-equipped to perpetrate their crimes as police said they also had in their possession one pistol, two revolvers, one rifle, three magazines, and 253 rounds of live ammunition. Seven spent shells were found at the scene near the men, investigators added. 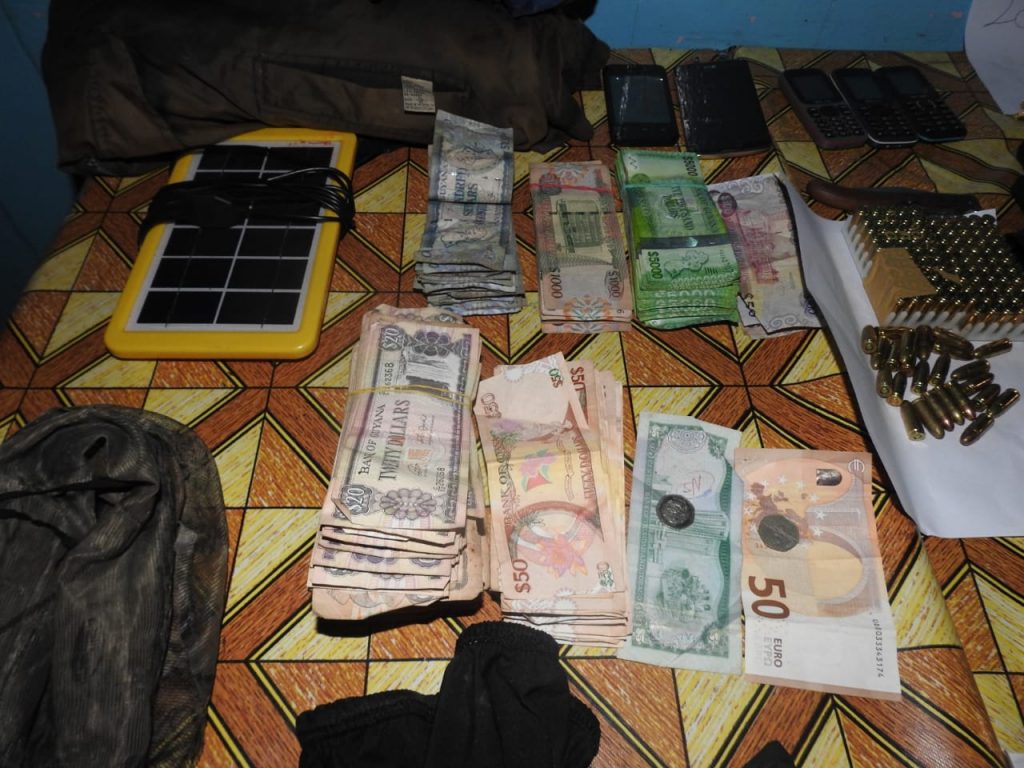 The cash that was recovered at the scene.

Also collected from the crime scene where the men were shot were two bulletproof vests, torch lights,  one crowbar, one knife, one cutlass, tights with eye holes, toques and mask, duct tape and gloves as well as 200 grammes of cannabis.

Police said they received information that “strange persons” were seen in the backlands of the Mibicuri, Blackbush Polder area at about 3:35 pm on Sunday, May 19, and while searching came under “rapid gunfire”. “They immediately took up tactical positions and returned fire in the general direction from where the gunshots were coming,” police said. “The exchange lasted for about five minutes and after it subsided, the ranks combed the area and three males were found motionless with suspected gunshot injuries,” the Guyana Police Force added.

Previous: Afro-Guyanese pushing for return to village councils because NDCs have taken control
Next: Guyana unlikely to pay hefty guaranteed subsidy to LIAT; will remain on regional schedule after restructuring