Guyana unlikely to pay hefty guaranteed subsidy to LIAT; will remain on regional schedule after restructuring 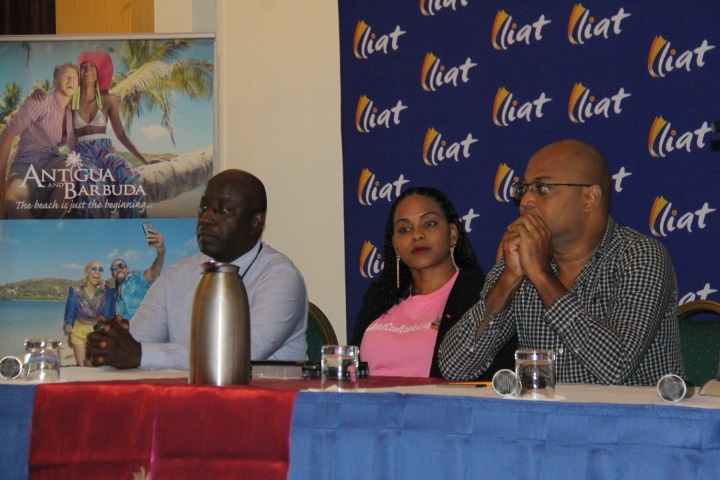 Guyana is not expected to pay a huge guaranteed subsidy to the Antigua-headquartered regional airline, LIAT (1974) Limited because a significant number of travellers continue to fly to and from this destination, an airline spokesman said Monday.

The disclosure was made even as Barbados indicated that it was willing to sell its shares in the cash-strapped regional carrier that serves the Caribbean from Guyana in the south up the island chain to the Dominican Republic in the north.

LIAT’s Corporate Communications Manager, Shamar Maloney told an interactive session with travel agents and the media that talks were continuing with the Guyana Civil Aviation Authority (GCAA) about implementing the minimum revenue guarantee.

Maloney said the guarantee was not fixed across all LIAT destinations, but instead varies based on a “break-even” load factor. He said only countries that fall below the load factor would have to stump up the guarantee “to ensure that the flights are operating”.

Guyana is among 11 of the 15 destinations that have been asked to pay the guarantee, but Maloney was quick to point out that Guyana would not have to pay a large amount of money. “In terms of getting that load factor, I know that I can say, based on last year’s number, that Guyana would not have to pay for most months of the revenue guarantee. We know Guyanese love to fly,” he said.

Latest available figures show that LIAT moved 80,000 passengers to and from Guyana in 2018, with an average load factor of 69 percent, and of the 20 percent of travel agencies that account for 80 percent of LIAT’s revenue, six are based in Guyana. The data also shows a 20 percent annual growth of passenger traffic.

Several Caribbean governments pay a number of extra-regional carriers to continue flights during the off-peak season when there are fewer tourists visiting the region.

LIAT’s Head of Sales and Marketing, Egbert Riley told the session that airline’s revenue has been growing over the past three years, but the major challenge has been the carrier’s operational cost. He said Guyana was “really up there” in terms of social media interactions and engagements, passengers, revenues from travel agencies. “Without a doubt, Guyana is very important to us. In terms of growth, you guys have grown tremendously over the last three years…I think it’s probably the market with the most potential in the region right now,” he said.

Riley boasted that LIAT’s on-time performance has been rated among the highest in Latin America and the Caribbean due to its ongoing restructuring programme. “We do expect some changes because the reality is that LIAT has been under a programme of restructuring for quite some time,” he said.

He disclosed that a technical team was currently in Guyana to put systems in place to route all calls, including those to its 1-800 toll free number, to the regional airline’s call centre in Antigua. E-mail alerts about flight changes, he said, were already being provided to passengers and that would be complemented by a text messaging service.

Meanwhile, teaming up with the Antigua and Barbuda Tourism Authority, Riley was among LIAT officials who touched down in Guyana to hammer home the point that Guyanese should not worry about whether they would be left behind especially during the upcoming peak period. “Even if LIAT changes, LIAT is not going to stop flying to Guyana; that’s for sure and we see ourselves as an important partner,” said the LIAT Sales and Marketing boss.