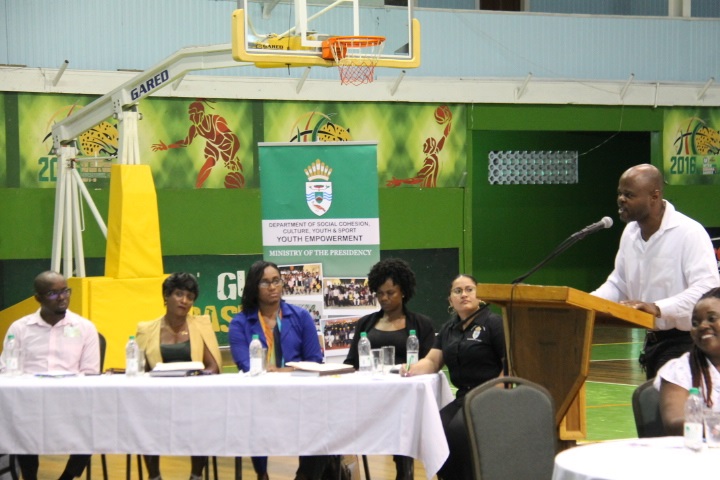 Guyanese politicians were Tuesday urged to stop promising jobs to youths and instead find real solutions such as financial support for job seekers and volunteerism to grapple with the unemployment crisis facing the country’s largest voting block.

The calls were issued by several panelists at a round-table discussion on “youth unemployment” that was organised by the Ministry of the Presidency’s Department of Youth as part of observances for National Youth Week.

Executive Director of Youth Challenge Guyana (YCG), Dmitri Nicholson said politicians must stop campaigning on the platform of job creation, an approach he says many youths fall prey to. “First and foremost, we believe that youth unemployment in Guyana should be depoliticised. It’s the one thing that every politician in Guyana likes to say,” he told the event that was held at the Cliff Anderson Sports Hall. 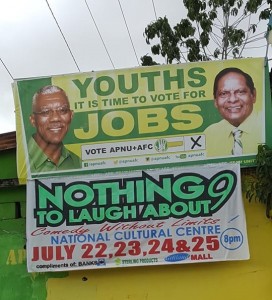 Clearly referring to the opposition People’s Progressive Party Civic (PPPC) presidential candidate, Irfaan Ali’s announcement shortly after he had been chosen by his party’s 35-member Central Committee, Nicholson said such a “token that is easily turned around” was “the same script for everyone”.

The governing APNU+AFC coalition, in its 2015 general elections campaign, had promised the creation of thousands of jobs, but by the time it had gotten into power, President David Granger had encouraged youths to get into entrepreneurial activities rather than depend on the government.

According to its 2015 election manifesto, under its Youth Policy and Development section, the coalition had proposed to “Encourage meaningful community and volunteer programmes where youths can
inculcate habits of service to their communities
and the country.”

None of the ministers responsible for youth, education, social services or labour was present at the forum. But Nicholson used the opportunity of senior public servants from the Departments of Youth, Public Service and Labour to recommend that the education system be revamped from one that largely focusses on the ability to recall and pass examinations to one that creates independent thinkers and creative problem solvers.

“The school system needs to be less static. We spend our lives going from nursery to primary to university and we just sit and absorb. There is no challenge in the school system, except to remember things. The most successful students at schools are not the ones who are the most creative; they are the ones who can remember the most,” he said.

The YCG Director also lamented that government appeared to want to centralise everything, and so the time has come to “shake that up and do something dramatic; it is time for us to do something drastic” to rearrange the system for youths. Nicholson called for greater youth representation in leadership who could understand the dynamics and find solutions instead of relying on almost 40- year old strategies.

Other recommendations to help reduce youth unemployment, Nicholson said, included the need to work closely with the private sector and especially non-governmental organisations rather than compete or create parallel services. “It’s just a waste of resources,” he said. 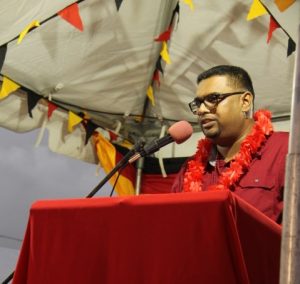 The YCG official also identified the role of the University of Guyana and technical institutes to use life-skills as prerequisites to enter those institutions. Local and international volunteerism, he said, should be encouraged as part of Guyana’s national culture to learn in other countries and return to use those skills.

Nicholson called on the government and the private sector to work together by granting tax relief or recognition for hiring more youths who might come with “a vision to think differently and to think big.”

The time has come, according to the top YCG official, for government to set aside funds to assist youths while they are job-seeking as a way of discouraging them from engaging in crime and other unsavoury activities. “The government can develop a social safety net for the unemployed young people. People might not agree with that but I think that it is something that is possible,” he said. He disagreed with those who might believe that youths would prefer to stay at home if they were given monies. “I swear many people don’t want to stay home. Many people want to be productive individuals,” he said.

Nicholson said government should use its resources to promote other types of employment that persons could pursue as careers instead of traditional jobs such as human medicine and nursing. He highlighted that YCG has been promoting livelihood through agriculture which, traditionally,  has been portrayed as an activity involving a farm, muddy long boots and cutlasses. Instead, he said the sector could be showed off as one in which a rice farmer has a big house, posh and expensive vehicles. “We should start promoting agriculture in a sophisticated way,” he said.