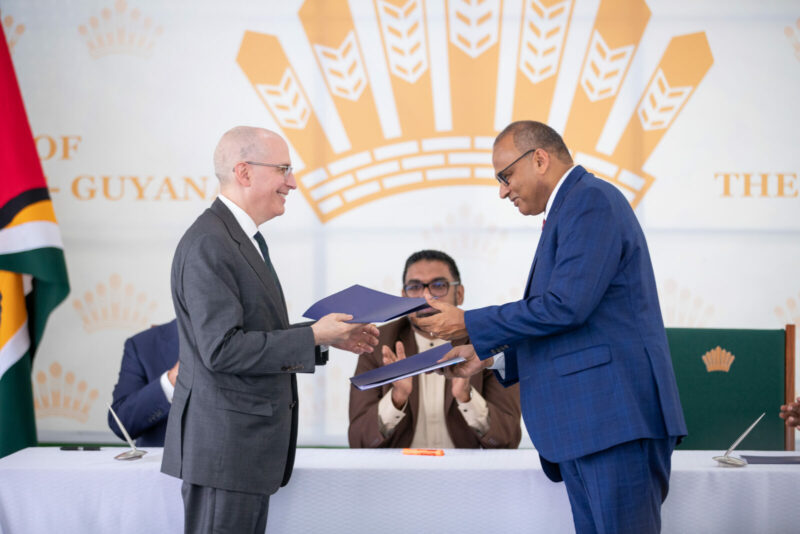 Health Minister Dr Frank Anthony said a team from Morning Side Hospital would be partnering directly with counterparts at the GPHC in “all the aspects of its operation”. Those, he said, would include developing clinical excellence, improving patient care relationships, and improving turnaround times for testing and “the waiting times that people would be waiting to see a doctor and so forth.”

Mount Sinai’s Chief Clinical Officer, Dr Jeremy Boal said early  next week a team of clinical, quality and administrative leaders “will arrive to engage with their counterparts at the Georgetown Public Hospital to improve and enhance care and outcomes there.”

Chief Executive Officer of Hess Corporation, John Hess said the estimated US$30 million project, being supported by his exploration and production oil company, would not only include tackling diabetes, cancer and cardiovascular complaints but also “significant enhancements to modernise the Georgetown Hospital.”

For several decades, patients have been complaining about the long wait times to see doctors, and poor inter-personal communication by mostly ancillary staff such as attendants and some healthcare workers. The attendants’ movement of patients arriving in private vehicles has also been observed to be less than satisfactory in some instances without due regard to possible injuries.

At the same time, the GPHC and the Ministry of Health have been putting systems in place to better communicate with patients and relatives and address their concerns.

The agreement among the Guyana government, Hess Corporation and  Mount Sinai would also see that healthcare system organisation establish cancer and cardiovascular centres of excellence, improve diabetes screening and care, and integrate all aspects of health care. “All if these efforts will be coordinated with guidance and oversight of the Ministry of Health and all of the efforts will be in the service of the government’s overall strategic plan for health system strengthening that includes already announced investments in new and upgraded hospitals and related infrastructure.

The Mount Sinai health system, which  has 40,000 employees including 7,000 doctors, describes itself as an integrated health care system that provides exceptional medical care to our local and global communities.