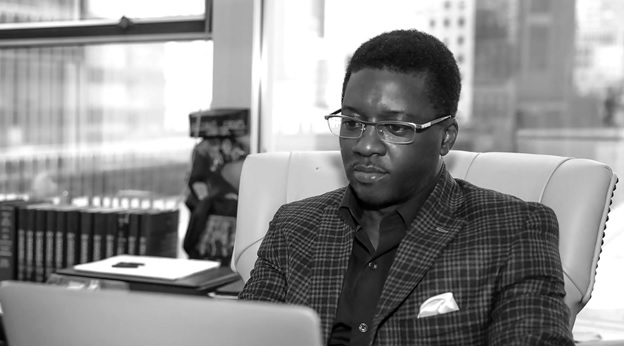 With the implementation of its local content law, Guyana has come to a fork in the road. It could choose the path that narrows wealth inequality and reduces racial tension, or the path that exacerbates these maladies. The path taken, will determine whether the new oil producing nation becomes a victim of the resource curse. In its current state, the local content law may take the country down the wrong path.

I started this series of articles by calling attention to the spirit of nationalism that is embodied in the local content law. This article closes the series by examining challenges created by the insular nature of the law along with recommendations for guiding local content implementation in the right path.

In spirit, Guyana’s local content law is commendable. It adds tremendous value to Guyanese citizenship which is its fulcrum. However, the letter of the law leaves much to be desired. A major weakness is the failure to align provisions of the law with its purpose.

In a previous article, which you could read here, I pointed out that Guyana deviation from the norm that places emphasis on localization, opens pandora’s box for creative compliance that could derail the purpose of the Act. How then could it be steered in the right path?

Steering Local Content in the Right Path
As tough as it may be, it would make sense to reconsider the law’s obsession with citizenship. The focus on citizenship, deemphasizes localization of inputs and actual ties to the country. The weakness here is that while citizenship is a necessary factor, it is not sufficient to achieve the transformation sought within the domestic economy.

First, the preoccupation with citizenship opens the door for businesses and persons to obtain local content certification on account of Guyanese nationality and then source inputs from outside of the country. The law falls short because it imposes a duty on oil companies to use Guyanese companies and nationals but fails to impose procurement requirements on Guyanese companies.

Second, it sets the stage for the proliferation of superficial citizenship. The term is used to refer to procurement of citizenship by people with no real connection to the country, merely because of the economic opportunity petroleum production offers. Guyana’s Constitution makes anyone who was born in the country, married to a Guyanese, or was born to parent who is Guyanese. This means, hundreds of thousands of people who might never have visited the country or who left shortly after birth, are eligible to claim citizenship. Given the ease with which citizenship is obtained, the lure of local content could also result in the proliferation of commercial marriages.

The drafters did consider problems that may stem from citizens with little or no real ties to the country. However, the Attorney-General, Anil Nandlall notes that it would be unconstitutional for the government to create classes of citizens. A commendable point. However, this approach fails to recognize that the true intent of the law could be realized by adding an indigenous or localization requirement in addition to citizenship. Additionally, provision should be made for monitoring the extent to which Guyanese companies are using local inputs, i.e., utilizing locally produced products. Merely assessing the percentage of Guyanese employees is not sufficient.

An Interesting Case of Creative Compliance
In a previous article which you could read here, I address more fully the problem of creative compliance. The President of the Georgetown Chambers of Commerce, Timothy Tucker, cites a creative way companies are seeking to satisfy the 51% Guyanese ownership requirement that worth discussion. In an interview he said, foreign companies are transferring 51% of shares to Guyanese without proof of upfront payment. This means that Guyanese are acquiring an ownership stake in foreign companies through loans from the companies. Further, there is a requirement that the loan will be repaid in time from future earnings of the business. Tucker appeared disturbed by a number of these cases.

The problem posed by Tucker raises two questions. First, is it against the law for a private company to finance the transfer of an equity state to a prospective owner? If the answer to the first question is no, then could a company be sanctioned for acting within the confines of the law?

Is Seller Financing an Evil or a Blessing?
An individual could finance the purchase of an equity stake in a company in several ways. He or she could:

b.     raise funds through a loan from various sources that must be repaid

People who lack capital must raise funds to purchase a stake in a company. They could do this through a loan from a financial institution or through seller financing. Seller financing is where the current business owner becomes a lender to facilitate a sale of equity in the company. It is a common way of raising capital to purchase an ownership stake in a business.

A business owner may owner consider seller financing when a potential equity owner would significantly increase the value of a company. Value is not normally limited to monetary contributions; it may be an idiosyncratic talent or premium asset that is given as consideration. Here, the local content law has made Guyanese citizenship a premium asset. So, it is expected that rational economic actors will leverage citizenship in negotiating the terms of purchasing a business. Crystal Detamore-Rodman[ii] identifies some benefits from seller’s financing as:

·       commitment by the seller to guarantee success of the business,

Guyana Companies Act does state that shares may not be issued until fully paid. However, it does provide for payment within a year of issuance by installment payments. Further, consideration should be given to amendments to the Company’s Act and other laws, if necessary for successful implementation of local content. There is a new and unfolding reality in the country that should be provided for expeditiously. What Tucker complains about is one of the effects of the law’s emphasis on citizenship. However, I think this is one of the positive outcomes from the citizenship requirement. Below are two reasons why I take this position.

Two Reasons Why Seller Financing Should be Permitted
Glen Cooper, then President of the Maine Business Brokers’ Network, describes seller financing as a valuable thing for a buyer to have[iii]. It could be a useful vehicle to advance the goals of Guyana’s local content policy for the following reasons:

1.    It provides upfront injection of capital by foreign companies
Financing of an equity stake by a Guyanese national provides upfront injection of capital by the foreign company. It amounts to the buyer owning the seller’s money upfront rather than having to inject his own capital. Business financing is difficult to obtain in Guyana. So, seller financing provides an opportunity for Guyanese who otherwise would not be able to pursue entrepreneurship on a large scale.

2.    Could contribute to diversity and inclusion
Seller financing provides an opportunity for small businesses and individuals who lack scalability and capital to be able to compete for contracts in oil & gas contracts. Without it, access to oil and gas opportunities could be restricted to wealthy people and dominant businesses. Increasing the prospect for the poor to participate in the oil & gas sector will contribute to diversity and inclusion. This is likely to reduce the likelihood of violent conflicts between the haves and the have nots.

Whether the local content enforcement agency could deny certification because of seller financing of an ownership stake in a foreign company, is a lively legal issue. If this is happening, it will add to the docket of legal challenges that will soon emerge.

Focus on Increasing Local Capture
It is not too late for consideration to be given to how to increase local capture from petroleum production. This focus would place emphasis on the transformation of the domestic economy instead of mere retention of value by citizen wherever situated. This could be achieved by; (a) increasing the size of the pie from procurement by oil companies; (b) increasing the quantity of local inputs used to fulfill procurement contracts. A provision that weighs nexus to the domestic economy should be considered to enhance the citizenship requirement. Additionally, the law should provide for the monitoring of how companies that obtain local content certification are fulfilling contractual obligations.

It is wise to think of the oil companies as rational economic actors. They would increase the level of good and services procured as markets for these inputs become more efficient. The size of the procurement pie would therefore increase by measures that make markets more efficient. Mere appeal to nationalism is not one such measure. Policymakers should therefore challenge themselves to come up with measures that would create conditions that increase efficiency. A proven way to achieve this is by increasing competition.

Previous articles also highlight the importance of diversity and inclusion, due process, efficient and effective enforcement, and protection from corruption. These are important to achieve the goals of local content. There are many more issues that could be addressed but the following salient point from an earlier article provides good parting word:

“The effects of failed local content policies often become evident several years after implementation, by which time, social and economic ills that lead to failed states, have taken deep roots. In Guyana, we have started to see two signs emerging simultaneously. The first is the emergence of the seedlings of conflict. Second, businesses have started turning the local content law on its head. If there is an unwillingness to listen and make tweaks along the way, we could soon see the local content law walking on its head.”

Dr Vivian Williams is a New York-based Attorney-at-Law who is also admitted to a number of Bars in the Caribbean. He holds a Master of Laws in Global Antitrust Law and Economics from George Mason Law School, and a Master of Laws in Intellectual Property Law from Benjamin Cardozo School of Law, Yeshiva University. He also holds a PhD.  in Business Administration from Baruch College, City University  of New York. Dr Williams has also earned a Global Masters in Business Administration from Global from TRIUM, an alliance program between New York University, London School of Economics , and HEC Paris.  He is also an Adjunct Professor at  Zicklin School of Business- Baruch College.

2022-07-24
Denis Chabrol
Previous: OPINION: America readying to refocus elsewhere -it must
Next: Two die in mining pit cave in