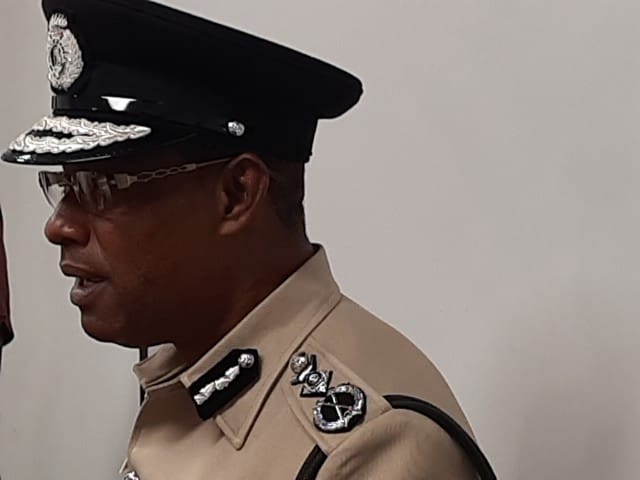 Instead, Mr. Jones said that the qualification to perform the duties of Commissioner of Police is the next most senior officer and that person should be Deputy Police Commissioner Paul Williams. “That is the convention that exist at the time to ensure that the Guyana Police Force continues to function with someone at the helm,” Mr. Jones said.

Through his Attorneys-at-Law, Roysdale Forde and Selwyn Pieters,  Mr, Jones wants the court to declare that “the invocation of the doctrine of Necessity to appoint Clifton Hicken as acting Commissioner of Police is unreasonable, ultra vires the Constitution, Common Law and is illegal, null, void and of no legal effect” and that all actions Mr. Hicken has taken so far are null and void and to be of no force or effect.

The respondents are Attorney General Anil Nandlall and the Acting Commissioner of Police. Mr. Hicken has been acting since March 30, 2022.

Mr. Jones is also asking the High Court to declare that there was no consultation between the President and the Leader of the Opposition as required by the Constitution prior to the appointment of Clifton Hicken as acting Commissioner of Police. At the time of his appointment as acting Police Commissioner, he was acting Deputy Commissioner.

The High Court is also being asked to declare that there was no consultation between the President and the Leader of the Opposition as required between August 2, 2020 and January 20, 2022 when there was a Chairman of the Police Service Commission and an Opposition Leader. “The refusal to “meaningfully consult” with the Leader of the Opposition between August 03, 2020 and January 26, 2022 on vacancies in several constitutional offices and the insistence that the Opposition must “recognize” the government before any consultation or meeting could take place has a meaningful impact on how the exercise of the purported necessity has to be evaluated and analyzed.”

Further, Mr. Jones wants the court to issue an Order or  ask Mr. Hicken to show under what authority he is exercising and/or discharging the functions of the office of Commissioner of Police in an acting capacity or any capacity whatsoever.

The applicant, who is also a parliamentarian for the opposition coalition of A Partnership for National Unity+Alliance For Change (APNU+AFC), said that President Irfaan Ali, on assuming office on August 2, 2020, failed to consult with then Opposition Leader Joseph Harmon until he and his party recognise the government. Mr Jones said that in or around August 8, 2021 the term of the Police Service Commission, but had been suspended before. The constitutionality of the suspension is still before the court.

“Shortly thereafter, and in private, the President of Guyana, His Excellency Mohamed Irfaan Ali illegally and unconstitutionally appointed a Commissioner of Police, in the name of Mr. Clifton Hicken. His Excellency Mohamed Irfaan Ali, President of Guyana, appointed Mr. Hicken as acting Commissioner of Police without any requisite consultation.

There has been no publication in the Official Gazette or any other published legal document which attests to or substantively proves that Mr. Hicken the “appointed” acting Commissioner of Police is in fact legally in office,” Mr. Jones said.