Former Minister of Public Service Ms.Tabitha Sarabo-Halley has responded to criticisms that scholarships had been “skewed to one demographic and a geographic area in Guyana” under the previous government, something she has denied.

Ms. Sarabo-Halley said Monday that the new Public Service Minister Ms. Sonia Parag’s statement is misleading and does not reflect a true representation of the facts.

Ms. Parag told a virtual news conference on Monday that over the last five years, the system for the award of scholarships has been “heavily flawed,” claiming that the awards of these scholarships were also discriminatory in terms of geographic location. The minister however declined to identify the demographic.

“I can assure the Minister that when she actually gets a chance to look at the data, she would have no choice but to recognize that it is her statements and beliefs that are skewed and not the management of the scholarships department over the last 5 years,” she said in a statement.

According to Ms. Sarabo-Halley, the Ministry of Indigenous Peoples Affairs had allocated a fixed percentage of scholarships by the then Department of Public Service, annually. She therefore noted that it was impossible to just look at the names of persons and determine their ethnic origin.

She said, “Under the APNU+AFC administration, the scholarships selection committee was reconstituted to represent the multi-ethnic nature of our society and allow for a more transparent process in the awarding of scholarships.”

The former minister said at the beginning of this year, an analysis was done of the scholarships given out in 2019 for students to attend the University of Guyana. 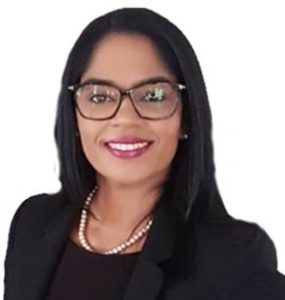 “It can be seen that the scholarships awarded were consistent with the population of each region. What must also be noted is that some of our Indigenous students staying in Region Four or the Amerindian Hostel used Region Four addresses and thus were captured under Region Four’s data.”

Further to that the former minister said it is not practical to have one fixed timeline for the award of scholarships as the timelines vary based on a number of factors, which includes, if the scholarship is to the University of Guyana; if the scholarship is based on bilateral agreement; and the start date of the programme of study being considered which varies across universities.

“Ms. Parag should become familiar with the workings of the department (ministry) instead of rushing to criticize a system she could not possibly grasp in two weeks,”  Ms. Sarabo-Halley added.

Minister Parag had previously said that specific focus will be placed on addressing concerns that scholarships are not equitably distributed and only favours politicians and their families. She said, “those concerns will be examined thoroughly. All concerns voiced will be taken into consideration,” explaining that it remains an important department within her ministry.

There are currently 684 students who are active recipients of a Public Service Scholarship of whom 120 are studying at foreign universities.