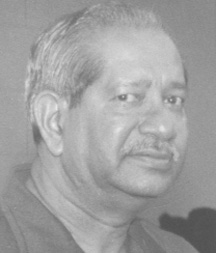 Former Speaker of the National Assembly of Guyana Mr. Sase Narain has passed away.

Narain Junior said his father passed away around 2 A.M. Tuesday at his residence in Queenstown, Georgetown. According to him, the former house speaker’s death was due to health complications that arose around late July, and were precipitated by his age.

Asked to describe his father, Narain Junior said, “He was a remarkable man that came from a special crop of Guyanese. He lived through historial parts of Guyana’s history from its independence to its creation as a Republic, and had outstanding service as Speaker of the National Assembly for 21 years.”

He continued, “Even though his sons were scattered to the four corners, he kept a very special relationship with each of them. He made frequent trips abroad to visit with each of them… a remarkable man filled with vitality and a zest for life. He lived that life in the most memorable manner, a manner which can be envied. We now celebrate that life at his passing.”

Mr. Narain served as House Speaker from 1971 to 1992, making him Guyana’s longest-serving Speaker to date. In the latter days of his tenure, Mr. Narain had effectively banned then Opposition Leader Cheddi Jagan from speaking in the House unless he had apologised for tossing down law books and removing the mace during a sitting.  Dr. Jagan never apologised but returned to the Chamber and addressed the Parliament as President after his party had won the 1992 elections

Mr. Narain acquired his legal education from the City Law School in Chancery Lane, London and returned to Guyana to practice law in 1957.

After leaving his post as speaker in 1992, Mr. Narain returned to practice law and retired in 2006. He was a Senior Counsel.

Mr. Narine was the recipient of the Order of Roraima (O.R), Guyana’s second highest national award. He was also awarded the Order of St. Michael and St. George from Queen Elizabeth II, an award is given to persons who have delivered extraordinary or important non-military service in a foreign country.

He will be cremated at a private event on Wednesday, and there will be no other associated events due to the COVID-19 restrictions.

Mr. Narain leaves to mourn five sons, six grandchildren and six great-grandchildren. He was a widower at the time of his death.