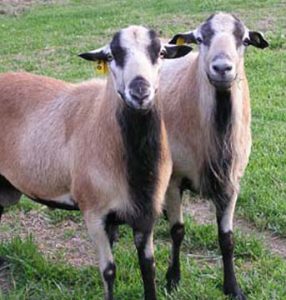 Government is exploring the possibility of rearing Barbados Blackbelly sheep in CARICOM’s two largest member states, Suriname and Guyana, as top civil servants prepare for a mission to South America next week.

“We are sending out a team now to look at Suriname and then Guyana to make sure we have a suitable arrangement and type of land that we can raise the blackbelly sheep in Suriname and possibly Guyana.

A team from the agriculture and foreign ministries, including Agriculture Permanent Secretary Terry Bascombe and Chief Agricultural Officer Lennox Chandler are to travel to the two South American republics to assess the viability of rearing the prolific breeding hair sheep, prized for its meat.

Weir touted the initiative as a great opportunity to further develop the blackbelly sheep industry.

The current blackbelly sheep population in Barbados is estimated at 15,000 heads, he said, which is below the required number for a full-fledged industry.

“So we have to increase the number of blackbelly sheep heads that we have in Barbados, said Weir. “If we are to get to be able to produce the amount of lamb that we import to produce it locally, we need approximately 35,000 heads, so it is a significant jump.”

The Agriculture Minister added that if Barbados wanted to also explore the clothing and textiles spinoffs such as sheepskin leather craft, from 600,000 to one million sheep would be needed.

“This is a major project and will offer an opportunity for several Barbadians to be involved in animal husbandry through the development of the blackbelly sheep population,” he indicated.

The blackbelly sheep expedition is part of the Government’s Farmers Empowerment and Enfranchisement Drive (FEED) programme in which landless farmers are being given access to land to grow crops and rear livestock.

The Minister of Agriculture also disclosed that to prevent inter-breeding, the Greenland Livestock Station in St Andrew is to genetically trace the sheep to be used in the project.

“The farmers who will be part of this project will be part of a trackability system as well and the extension offices that we have within the ministry and those who are working within the FEED programme will be going out frequently to make sure the farmers get the assistance they need to avoid inter-breeding,” he said.

Guyana and Suriname, at 83,000 and 63,000 square miles respectively, are home to vast plains, fertile lands and abundant freshwater supplies and rainfall.

The notion of Guyana serving as the potential breadbasket of the Caribbean stretches back to the era of Guyanese leader Forbes Burnham more than 40 years ago.

A number of private sector ventures involving Barbadians and Trinidadian investors have been using vast tracts of land for farming in Guyana.

Following a visit to Suriname, Prime Minister Mia Mottley ramped up interest in farming and commercial joint ventures between two of the region’s biggest nations.