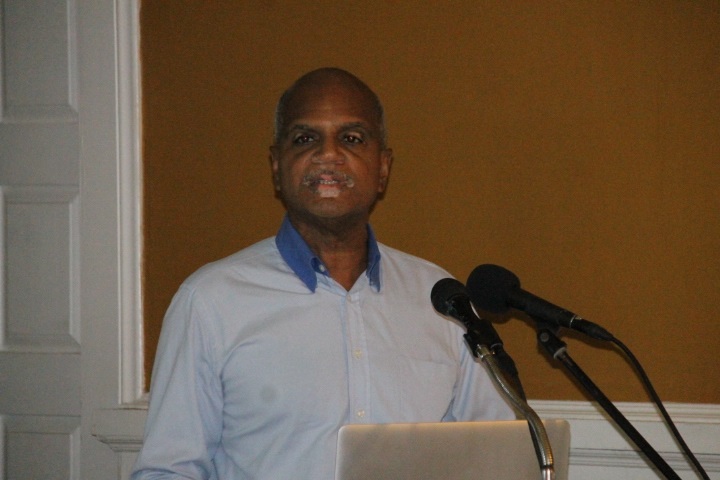 The idea of handing out ‘oil money’ to Guyanese continues to get low marks from experts such as Finance Minister Winston Jordan and Investment Fund Manager, David Pollard.

Delivering a public interest lecture on the “Impact of Oil Revenues on Guyana” under the auspices of the Guyana Securities Council, Pollard made it clear that cash handouts would encourage laziness among Guyanese. “I even like the idea that it will benefit workers because some of the other things we have talked about are things about just handouts to everyone, but there is a danger that that encourages fecklessness. You don’t have to work. Why work?,” he said.

Pollard, in apparent reference to Distinguished Economics Professor, Clive Thomas’ idea of cash-transfers of US$5,000 annually to poor and vulnerable Guyanese to assist them with health care and education, rubbished the suggestion. “It’s a very dangerous path to head down where you start to create a sense of entitlement about something like this which is just luck for us all. It can damage the local workforce and damage initiative and all kinds of things so I always think that if you’re looking for things that can be widely spread, try to look for things that in some way reward effort,” he said.

“I prefer you run into zero taxes than just handouts because handouts can have a damaging long-term effect on the ability of the local workforce to deal with the problems that may come,” he said, adding that potentially the oil industry could become unprofitable and prices might nosedive. 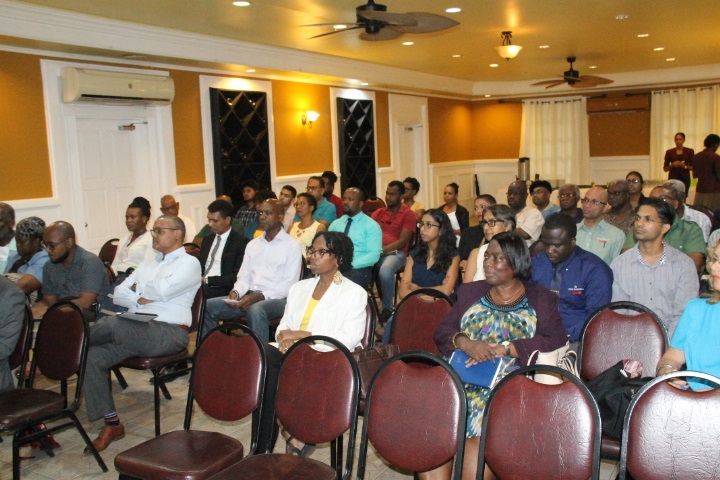 Attendees at a public interest lecture on the “Impact of Oil Revenues on Guyana” under the auspices of the Guyana Securities Council.

The Guyana government almost immediately had taken a hands-off approach to the idea. Finance Minister Jordan recently told a news briefing that the Cabinet had not discussed the idea but he personally believed that direct cash transfers to “everybody in the population” would be rejected because there would not be sufficient funds.

The Finance Minister said portions of the monies would be set aside for economic stabilisation when oil prices decline, savings for the future and developmental and other activities.

Jordan said some of the oil revenues could be transferred to the poor and economically disadvantaged. “If the transfers are targeted to the disadvantaged, the disabled, the elderly and so forth—targeted—perhaps that can be looked at so it’s not something I have completely dismissed but I am just throwing out possibilities but none of these things has been discussed in Cabinet and, therefore, there is no policy statement that I have made here,” he said. He said perhaps monies could be made available to the disabled and persons in need of funds for entrepreneurial activities.

Pollard remarked that major oil producing nations such as Dubai, Saudi Arabia and United Arab Emirates have eliminated income and corporate taxes as a result of a huge influx of oil revenues. Pollard says the removal of taxes on companies would stimulate non-oil economic activity in the private sector. “That’s good. It would make our companies more efficient. Their wage bills would go down because they don’t have to pay plus tax. Their own profitability would improve because they won’t have to pay corporate tax; it will help the deficiency in the non-oil sector and may help it to survive so there is a lot to be said for it,’ he said.

The Guyana Revenue Authority (GRA) collected almost GYD$200 billion of taxes in 2018, an amount he said would be far exceeded by oil revenues in 2023. “There will certainly be the capacity in the oil revenues for the government to essentially pay for the things that they now need GRA’s revenues to pay for so it’s not something that can’t be done,” said Pollard who is also Guyana’s High Commissioner to India.

Another item on Pollard’s wishlist is for Guyana to pay off its external debt.