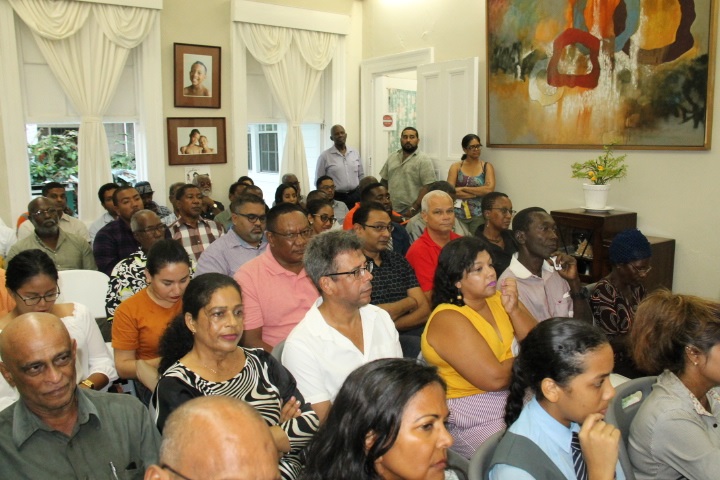 A New and United Guyana (ANUG), at its official launch Friday evening, vowed not to coalesce with any of the political parties to form the government and promised to hold the balance of power in the 65-seat National Assembly to improve governance before oil production whose earnings could be used for political bribery.

“We will not join either of the major political parties to form a government. We will not go into a government, if one of the parties gains a plurality and not a majority and they are searching for a partner to give them a majority, we wouldn’t be there,” ANUG founding member and veteran Guyanese politician Ralph Ramkarran said.

That assurance comes against the background of an almost identical promise that had been made by the Alliance For Change (AFC) for fear that it would have lost its identity. However, in 2015 the AFC came full circle and coalesced with the People’s National Congress Reform (PNCR)-dominated A Partnership for National Unity (APNU).

Addressing a packed room of people of all political persuasions at Moray House, Camp and Quamina Streets, Georgetown, Ramkarran said he came out of retirement from active politics to be part of a decades-old objective to secure inclusive governance. “What our role will be is to say this is what we want. If you support this, we will support you and what we want is to build a governance system that is inclusive of everyone and which will solve the political problems of Guyana,” he said.

Ramkarran expressed confidence that “we will win the election” if not “there is a very strong possibility that we would get enough seats in the National Assembly to hold the balance of power.” “We want to have the vote to ensure that we would be able to play a role in forcing the major political parties to come to an accommodation, a constitutional accommodation for Guyana,” he said.

The former House Speaker and executive member of the opposition People’s Progressive Party (PPP) from which he retired in 2011 over concerns about corruption, noted that Guyana has been unstable since then. He reasoned that was because the PPP had been a minority government in 2011 and the incumbent A Partnership for National Unity+ Alliance For Change (APNU+AFC) clinched a one-seat majority in 2015 but behaved as if it had a five or 10 seat majority. 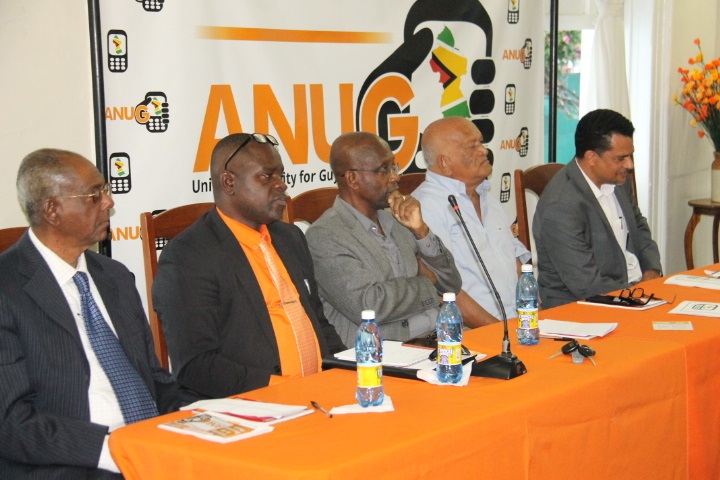 Ramkarran called on Guyanese to help put in place a system of governance before Guyana begins commercial oil production late this year or early 2020 to prevent one or the other major political party to bribe them and sap their energy to fight while they focus on material things. “This instability is likely to continue and we are facing a critical time in our country. We need to make the decision before the oil starts to flow or else what will happen? Unless we have a governance system that eliminates or substantially reduces the potential for corruption, the authorities will buy over the Guyanese society with some economic reform, some economic development so that it will reduce their fears of economic domination by the other,” he reasoned.

Fellow ANUG steering committee member, Timothy Jonas at the outset said his party would not be naming its financiers, but would be publicising donations and spending on its Facebook page. “They want anonymity. They do not want the two big parties to know that they are helping so they have asked us specifically, they do not want their faces known, they do not want us to say who they are,” Jonas said.

Jonas, who said all monies spent so far on ANUG have come from the pockets of the steering committee members, said Facebook publicising the amounts donated would satisfy donors that the money is “transparently accounted for”. “Hopefully, that establishes a system of financial transparency that protects those who show goodwill but also gives the transparency that we think is so important in any effort like this one,” said Jonas, a practicing lawyer.

Akanni Blair, who was up to recently the PPP’s Vice Chairman in Linden, contended that the APNU+AFC has failed the people of the Region 10 capital town while he said both major parties have used it to their advantage. “So much was expected of Granger’s administration after taking power in 2015 for Linden but nothing has happened… You can hear the cries of the people all across the streets of Linden. It is like you’re giving them enough to keep them going and little to keep them coming”. Blair echoed Ramkarran’s position that ANUG’s aim was to hold the balance of power because it would not be easy to shake the “solid strongholds” of the PPP and the People’s National Congress Reform (PNCR).

Dr. Henry Jeffrey, whose political career has straddled both the PPP and the PNC over the last 40 years, lamented that Guyana’s poverty-stricken condition is as a result of race-based politics. “The one that’s doing this to us is racial ethnic politics exemplified, of course, by voting ethnically,” a phenomenon that has been explained away by British colonial divide and rule, PPP and PNC-raced based politics and the inherent make-up of the Guyanese society. Jeffrey urged Guyanese to question themselves about the thousands of lives that are being lost annually due to the “decrepitude” of the health, education, housing and physical infrastructures.

Agriculturalist and businessman, Beni Sankar credited the PNC and PPP for improving Guyana but at the same time, he said the conditions are not there for Guyanese to improve their well-being in the areas of health, housing and education as well as save some money. “If we get our act together, we can make this difference,” he said, adding that “we have to maximise our production”.