Attorney General, Basil Williams on Monday said indicated he is not yet ready to inform the Caribbean’c Council of Legal Education who are the members of a committee who will meet with that regional body that governs the quality and standards of legal education.

“We don’t have to submit nothing to no CLE until we are ready. Mr. Armour is not in charge of the CLE. Mr. Armour is a servant of the Council including the Council of Ministers who told him that he couldn’t publish no statement that he did and he had to withdraw it,”  the Attorney General said.

The Attorney said the members of Guyana’s committee are the Chancellor of the Judiciary, Chief Justice, Retired Justices Duke Pollard, Claudette Singh and Rudolph James, Professor Harold Lutchman, the Deputy Vice Chancellor of the University of Guyana and the Registrar.

“We are saying that no international organisation is driven by the opposition and we have an e-mail sent from him to Nandlall assuring him that he will put the item on the agenda without consulting me, the sitting Attorney General for Guyana,” Williams said. 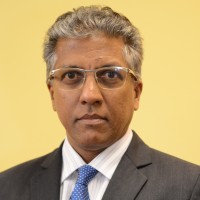 High-level CLE sources have already told Demerara Waves Online News that the Council had decided to issue a statement after Williams had organised a media launch of the planned Joseph Haynes Law School in Jamaica on the margins of Council meeting there. When concerns were raised about the launch of an entity that had not been approved by the CLE, a number of Attorneys General had mediated in a verbal dispute between Williams and Armour, resulting in the withdrawal of a release that had stated that the Council had not approved a Guyana law school. Instead, a statement had been issued stating that the the parties  were still working to resolve a number of issues.

“We have not been refused and the CLE doesn’t have the records. They don’t have an archive,” he said. “Nobody can’t stop us from building a law school. It is just that we are community-minded. We are founding members of Caricom and we feel that we have a right… We want to build a law school here. It’s too tough for our students,” he added.

The Attorney General said the University of Guyana has identified 15 acres of the 150 acres that it has. However, an area near the Forensic Laboratory that has been identified would be insufficient.

Armour, with the concurrence of the Council, has already written to Williams, seeking his confirmation about the accuracy of the statements in the media attributed to him, ahead of a Council meeting next month in Barbados.