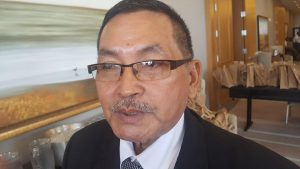 The PPP-aligned Regional Chairmen of Regions Eight and Nine defended their participation in the conference, but Opposition Leader Bharrat Jagdeo said that was due to his absence and a breakdown in communication. “I was out the country so I don’t know what transpired with this conference that you have…They tend to consult and stuff like that but I was out,” Jagdeo said. He added that the PPP’s support in the hinterland was “solid” more so because government has not been delivering land security and create economic activities. He said he was aware of whether permission was required, granted or refused to the Region Eight and Nine Chairmen and Vice Chairmen to attend the conference.

Bulkan, in his address to the opening of the conference of the National Regional Development Consultative Committee, warned of “repercussions” due to the refusal of the PPP elected regional and local government representatives. He later told Demerara Waves Online News that if they continue to stay away from such an important decision-making mechanism, residents in those regions could be deprived of essential services.

Bulkan, however, said that central government would not allow that to happen and would instead use its authority through the Regional Executive Officers and other appointed administrative officials to ensure the delivery of public goods and services to those regions and towns that are under PPP control. “Other members of the Council, including the regional administration which is the appointed element of the Council as well as other components of the Council will be identified to set up…They are bypassing themselves, not that we are bypassing them and we will act appropriately and in accordance with their desire not to step up to participate to to ensure the central government programme and policies are implemented effectively and efficiently,” he said. 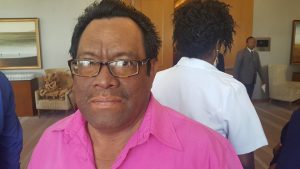 The minister noted that of the seven PPP-controlled regions- Chairman of Region 8 (Potaro-Siparuni), Bonaventure Fredericks and Chairman of Region Nine (Upper Takutu-Upper Essequibo), Brian Allicock- participated. “It suggests and signifies that these Chairpersons are breaking ranks and are determined to give meaning to the oath of office that they swore to which is to represent the interests if their people and to enable them to do so and to enable them to do so effectively requires cooperation and collaboration with the Central government,” he said.

Opposition Leader Jagdeo, when asked whether that was an indication of the PPP losing its grip on the hinterland communities, said support was growing stronger. He said Allicock and Fredericks’ participation was due to a breakdown in communication.

However, the Regional Chairmen of Eight and Nine said they decided to participate in the Local Government Conference because it is in the best interest of their regions to do so.

“We know that we are looking at our regional development and decisions are going to be taken and we are not there,” Allicock said. He and his Vice Chairman were due to deliver a presentation on their plans and activities for Region Nine. With Lethem now a town, Allicock said the Regional Administration and the Town Council have to collaborate.

“If we were not here, we would not have learnt that ‘you on your own if you did not turn up’ and these things we cannot afford to have happen in our region because we want to part of this entire development exercise and our people expect us to represent them at these fora and we are building that good social cohesion-ship in our region,” he said.

The Region Nine Chairman said he and his Vice Chairman were told by officials of the PPP headquarters that they were breaking ranks with their party. “We were told that already but after this meeting we are going across there (PPP)…We know what’s going to happen but at times we have to take and make our own decisions as Chairmen even though we know what the policies are, what they are doing but the coastal regions are different to the hinterland regions so we have to look in terms of our development ; they could develop without government intervention, we can’t- we could to a part but the bigger funding comes through government intervention and the people expect us to represent them,” he said.

Region Eight Chairman, Fredericks, who is also a PPP supporter, said he decided to attend the conference because often residents in his region complain that their elected officials are not doing enough for them. “There are times that we are being told that we are not doing anything and so to avoid these kinds of problems with our residents, I decided that the best way to do is to collaborate and cooperate with the government and so we get things done this way,” he said.

Fredericks, who was also due to deliver a presentation to the conference, said the PPP could not determine what would be in the best interest of the residents of Potaro-Siparuni.

“We have been looking at working together means that our party may not be seeing the same way as we do in our regions. We have our party members are from Georgetown. We are from the interior so we know what’s best for us when it comes to the development of our regions and this is what I have foremost in my heart to have the development of the region so that when my time is up, as a regional chairman I must be able to leave with a legacy that I did my best,” Fredericks.

He quipped that “we are practicing social cohesion more than the government side sometimes” in reference to a close working relationship across the political divide in Region Eight.

President David Granger, in his address to the opening session, labelled their absence as “administrative sabotage”. “When regional chairmen refuse to attend important governmental functions like this, we can see where divisionism starts,” he said.

The PPP has previously stated that it would not support any mechanism that would “impinge or dilute” the constitutional and legal power and authority of the councils.