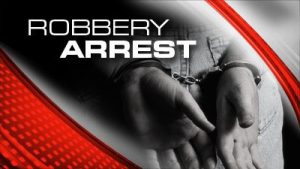 A 16-year old student was early Monday morning caught by a gold miner moments after he and three other accomplices robbed him on the Kitty Public Road, police said.

“A gold miner who early this morning was robbed of two cellular phones and a sum of cash, managed to subdue one of the four male suspects and promptly delivered him into the hands of the police,” the Guyana Police Force said.

Investigators said one of the miner’s phones was found in possession of the phone.

The incident occurred at about 12:30 AM Monday when the victim, 30 years of L’Oratoire, Canal Number 1 Polder, West Bank Demerara, was standing on the Kitty Public Road, in the vicinity of the Seawall awaiting a taxi when the suspects, one armed with a firearm pounced and relieved him of his valuables.

“As the suspects were fleeing the scene, the victim valiantly pursued them and apprehended the youth who because of an injured foot, was unable to keep up with the pace of his accomplices,” police said.

The juvenile is in custody and is assisting with the investigation.