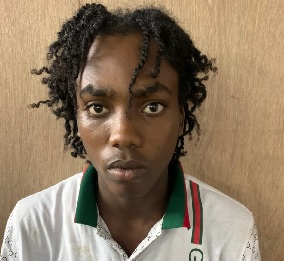 Surinamese police have handed over a Guyanese man, who was wanted for murder, to Guyanese police, a move that was Thursday welcomed by Guyana Police Force Crime Chief, Wendell Blanhum.

“The Guyana Police Force would like to take this opportunity to thank our law enforcement counterparts in Suriname who, over the years, have offered vital support to the GPF in apprehending suspects who have fled our jurisdiction and promptly handing them over for investigations to proceed,”  he said.

The Head of Law Enforcement says that Mr. Hawker has since confessed to the shooting death of Deon Charles on Christmas Eve night in Albouystown.

Mr. Hawker reportedly told police that he shot Charles in retaliation for shooting at him twice before.

Investigators have also arrested the driver of a vehicle who allegedly transported the murder accused from the scene. Police say he is cooperating. 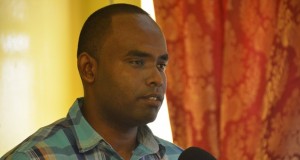 Mr. Hawker, who is a shopkeeper on Forshaw Street, Queenstown, Georgetown remains in custody as police prepare to seek legal advice.

The Crime Chief issued a stern warning to perpetrators who believe that they can escape Guyanese law enforcement by fleeing Guyana. “Recent times, suspects of high profile crimes have opted to flee the jurisdiction believing that they will forever evade justice. Rest assured that the GPF intends to relentlessly pursue any suspect who adopts this course of action,” he said.

Many Guyanese suspects are said to be living in French Guiana.