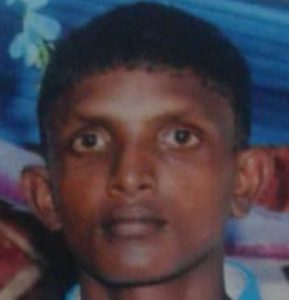 The Haresh Singh murder case file never disappeared, but was not available in the Magistrates’ Court when the case was last called because investigators were doing additional work, the Guyana Police Force said Tuesday evening.

“At no time whatsoever was the file missing,” Head of the Criminal Investigations Department, Senior Superintendent Wendell Blanhum was quoted as saying in a police force media statement.

Mr. Blanhum reportedly explained that the investigators were in possession of the crime file doing some additional work.

The police force explained that the file was later handed over to the Junior Police Legal Advisor, Mr. Mandel Moore who is now prosecuting the matter.

According to the Crime Chief, that is not a strange occurrence. He noted that on a daily basis, in the criminal court, once a file is being completed by the investigators, it remains in possession of the investigators. “When it is completed it is then forwarded to the court prosecutor for court presentation,” the police force added.

Singh was killed and his motorcycle burnt a short distance from his home at Number Three Village, West Coast Berbice, days after cousins and Isaiah and Joel Henry were killed in September, 2020.

Defence lawyer, Nigel Hughes earlier this week appeared not too worried that the file was not in court when the case was called.