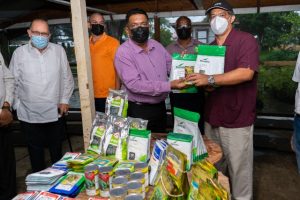 Agriculture Minister Zulfikar Mustapha receiving the donation from IICA’s Country Representative, Wilmot Garnett in the presence of other officials

The Western Hemispheric Inter-American Institute for Cooperation on Agriculture (IICA) is securing seeds, potato slips and cassava sticks from Jamaica and Brazil to help revive Guyana’s agriculture sector that has been ravaged by severe floods for more than one month now, officials said.

Agriculture Minister Zulfikar Mustapha said IICA has already provided seedling trays and seeds to the National Agricultural Research and Extension Institute (NAREI) that is spearheading the germination and dissemination of planting materials.

“NAREI has been working to ensure enough planting materials are available for farmers once floodwaters have receded. We’ll continue to collaborate with our international partners like IICA to get the necessary materials to ensure our farmers are, once again, able to produce,” Minister Mustapha was quoted as saying by government’s Department of Public Information.

Mr. Mustapha also announced that Jamaica would shortly provide a quantity of potato slips and Brazil is dispatching cassava sticks, all to be distributed to flood-hit farmers. 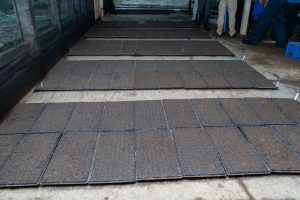 The Agriculture Minister said NAREI has been working to ensure that the various plant nurseries have the necessary planting material to assist farmers with returning to the land after floodwaters are receded.

A total of 5000 seedling trays have so far been procured by IICA and given to NAREI to prepare seedlings for distribution. Other planting materials like seedlings and seeds were also donated to assist government’s national flood-relief efforts.

IICA’s Country Representative, Mr. Wilmot Garnett said following the onset of the rainy season, IICA has been collaborating with the Ministry to monitor flooding in agricultural areas across the country. “Our team has been collaborating with Minister Mustapha and his team to monitor the recent floods in Guyana. Once we got an idea of the extent of the damages a request came from the Minister for immediate support that was immediately approved,” he said. 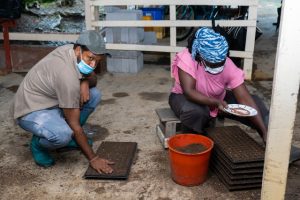 Mr. Garnett added that 6,000 potato slips would be given to the government through the support of IICA’s partners in Jamaica and they should be here by Wednesday. “We are expecting two varieties that will be used by NAREI to propagate because with the flooding farmers lost almost all of their sweet potatoes,” he said.

The IICA official said 10,000 cassava sticks are expected from IICA’s partners in Brazil.

The Ministry is currently preparing its flood assessment report to determine the losses experienced in farming communities across the country.