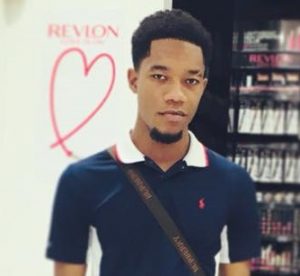 An enforcement officer of the Guyana Revenue Authority was early Monday morning stabbed to death allegedly by the landlady’s son while demanding that he vacate the apartment he is renting.

Police say he was killed by the landlady’s son, one day after the landlady notified him that he has to vacate the apartment by July 14.

Police say the 42-year old man has been arrested and a knife, believed to be the weapon, has been recovered by police.

Investigators were told that Taitt and his family are renting an apartment at Middleton Street Campbellville from the suspect’s mother Jacklyn Lamaizon.

The GRA Enforcement Officer’s wife says that Sunday afternoon at about 5:30 PM, she and her husband were at home when the landlady told them in the presence of the suspect that they have up to the 14th July 2021 to move out.

But, early this morning Mrs. Taitt said she and her family were awakened by the landlady’s son banging their apartment door with a piece of wood while shouting at them to move out.

As a result Taitt opened the door and went out to the suspect who was armed with a knife. The man reportedly ran behind Taitt and stabbed him to his chest.

He fell to the ground and was picked up by his reputed wife and a security guard and taken to the Georgetown Public Hospital Corporation where he was pronounced dead by a doctor.