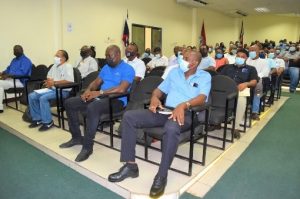 Home Affairs Minister Robeson Benn does not want private security guards to display big guns while on duty, and he has warned that security firms would be suspended if their employees lose guns.

“We do not want what is seemingly a militarized country, and I want us to be reminded of the risk and the danger the improper use of a firearm represents; we do not want a posture that is aggressive and intimidating,” the Guyana Police Force quoted Mr. Benn as telling heads of private security organisations.

Many stores and cambios in commercial Georgetown are protected by security guards who are visibly armed with shotguns and rifles.

Mr. Benn said such a display of big guns creates a hostile situation with civilians and can have negative implications for Guyana’s tourism, as well as the general safety of citizens.

The meeting which was held at the Officers’ Training Centre on Monday March 30, 2021 was facilitated to identify issues and concerns as the Guyana Police Force embraces collaboration through structure and developmental processes of reaching higher standards. 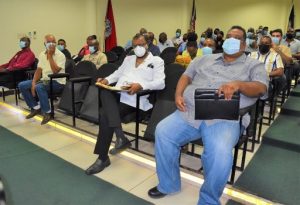 Minister Benn further highlighted the importance of professionalism and warned that private security firms would be suspended if any of their firearms are lost. “We don’t want weapons lost,” he said. He explained  that those firms, whose employees have lost weapons, might be suspended pending the outcome of an investigation into the loss of those weapons. “The bottom line is that they must be well trained, the bottom line is that they must be properly looked after to be alert to the do the job which earns money for you,” Mr. Benn was quoted as saying in a Guyana Police Force release.

Earlier this month, police seized an AR-15 rifle from a security guard at a business place at Meten-Meer-Zorg, West Coast Demerara after he admitted that he was not authorised to carry the weapon and he was not trained to use it. 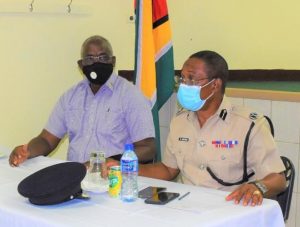 The Home Affairs Minister acknowledged the demand for private security services as they would help to bolster Guyana’s security architecture, particularly at a time where there is pressure in terms of crime and the fight thereof. He urged the heads of the private security organisations to impart their knowledge and expertise concerning the training, behavior and culture with respect to the use of firearms. “I want you all to impart that knowledge to the persons you have under your employ, the duty and responsibility resides with you to ensure that you run your services professionally and to make sure that the persons you employ do so in a professional manner so as to mitigate risks,” he added.