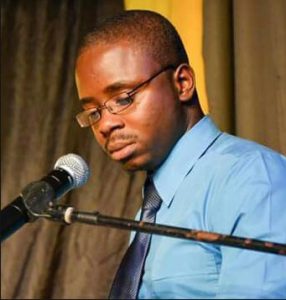 “To avoid any future absurdity and confusion it would be prudent for Parliament to amend Standing Order 82(2) to provide for the resignation of the Chairperson and the election of a replacement in accordance with what is stipulated therein,” Attorney-at-Law, Keavon Bess told Mr. Sherlock Isaacs.

The Clerk has since forwarded the legal opinion to the PAC Chairman, David Patterson and has suggested that the Committee meets on March 31 to discuss it.

High-level government sources have told Demerara Waves Online News/ News-Talk Radio Guyana that the administration was mulling using its two-seat majority in the National Assembly to amend the Standing Order to effectively say that the PAC Chairman can be drawn from any opposition party. This, the sources say, will pave the way for Lenox Shuman, a parliamentarian for the three joinder parties, to become the PAC Chair.

The advice comes against the backdrop of efforts by the governing People’s Progressive Party Civic (PPPC) to remove the PAC Chairman Patterson who has been embroiled in a controversy over the use of public funds to buy pricy birthday gifts for him while he served as Public Infrastructure Minister.

The PAC has been stalled for several weeks now as other members of the main opposition A Partnership for National Unity+Alliance For Change (APNU+AFC) have refused to take up chairmanship of that accountability mechanism.

Mr. Bess, who was asked by the Clerk of the National Assembly to provide advice on how to end the stalemate and revive the PAC,  noted that based on inherited English parliamentary convention, the PAC should be chaired by the opposition to scrutinise government spending.

“Among the rationale to support the Public Accounts Committee is the fact that the public accounts or the tax payer’s money must be used or spent with the highest degree of financial diligence and economic accuracy. In any democracy the governing party, who is responsible for spending the public’s purse cannot also have Parliamentary oversight of its spending, therefore, Standing Order 82(2) was designed to ensure that the parliamentary powers of oversight of the public accounts must be with the main Opposition in the Assembly. By this means the entire electorate is represented in the Assembly,” the lawyer said.

Mr. Bess says another parliamentary rule allows for the PAC to be chaired for a day even by a government member, but not on a long-term basis.

At the same time, he said because of the importance of the Public Accounts Committee the framers of the Standing Orders of the National Assembly of Guyana did not intend for the works and functions of the said Committee to be stymied by the actions of the Chairperson or the main Opposition in the Assembly

He said using the wide literal interpretation of Standing Order 95(4) If the Chairperson is unable to be present at any meeting or resigns from the position of Chairperson, the Committee shall elect another Chairperson from among its members, inclusive of the members from the governing party, but their tenure of office shall be for the day of his or her election or the day of the meeting.

While the lawyer’s opinion is that Standing Order 95(4) can be used for the continuation of the business of the Public Accounts Committee by the said Committee electing another Chairperson on a day to day basis it must be mentioned that the said Standing Order does not override Standing Order 82(2).

He added that Standing Order 95(4) merely provides a temporary solution to the absence of the Chairperson but at any time the main Opposition may bring that tenure and “election of convenience” to an end by appointing a Chairperson from its members.