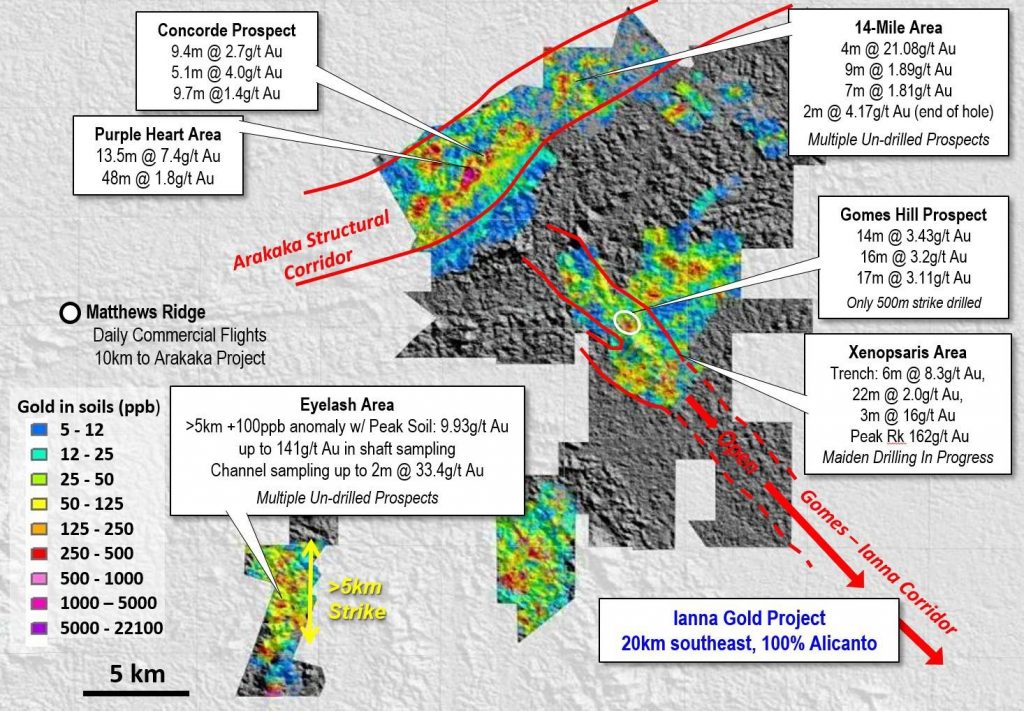 The Australia-headquartered Alicanto Minerals has discovered at least 500,000 ounces of gold in Arakaka, North-West District.

The company says the estimate is based on a review of data it collected and by previous owners,  Barrick Gold and Nordgold.

Managing Director of Alicanto Minerals, Peter George says the strong maiden resource is the start of what would likely be a rapidly growing inventory at Arakaka.

“This resource is shallow, the mineralisation remains open in all directions, and we already have numerous intersections outside the resource which will form part of the next estimate. We also have multiple walk-up targets with multimillion-ounce bulk tonnage potential that remains to be drilled,” he was reported as saying by Mining Weekly.

The Arakaka Gold Project comprises more than 300 square kilometres of permits that are 100% held either directly by Alicanto’s wholly-owned Guyanese subsidiary, or subject to various underlying option agreements with Guyanese operators.

Alicanto’s Arakaka gold project is located in Guyana’s under-explored Northwest Mining District, host to the Barama-Mazaruni supergroup which is within one of the last and among the least explored greenstone belts across the Guiana and West African Shields that is not yet host to substantial gold resources.

The Arakaka Gold Project is a regional scale project and is host to a number of target areas warranting further exploration activity for shallow, bulk tonnage, open pit gold targets.

The Company is currently focused on four well defined target areas with near to medium term resource potential.  The overall property positions is host to a substantial exploration pipeline, with numerous prospects at various stages of the exploration process, with varied exploration techniques being applied based on the regolith and landform setting of each area to apply the most cost effective methods to identify the most prospective prospects and progress them towards discovery and maiden resource estimation for the project.