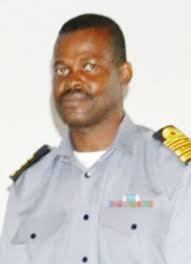 The promotions were announced by acting Chief-of-Staff, Godfrey Bess after they were approved by Commander-in-Chief , President Irfaan Ali.

There is no immediate indication of whether Colonel Gary Bess will be confirmed as Chief-of-Staff.

Mr. Beaton is the partner of former Public Service Minister Dr. Jennifer Westford.  She was acquitted of a multimillion dollar fraud.

Mr. Khan had testified in the Lindo Creek massacre commission of inquiry. He had been also at the helm of the GDF’S Military Criminal Investigations Department when several soldiers had been tortured in connection with the theft of more than 30 AK-47 assault rifles and pistols at the peak of a violent crime wave that started with the escape of five prisoners in February, 2002.