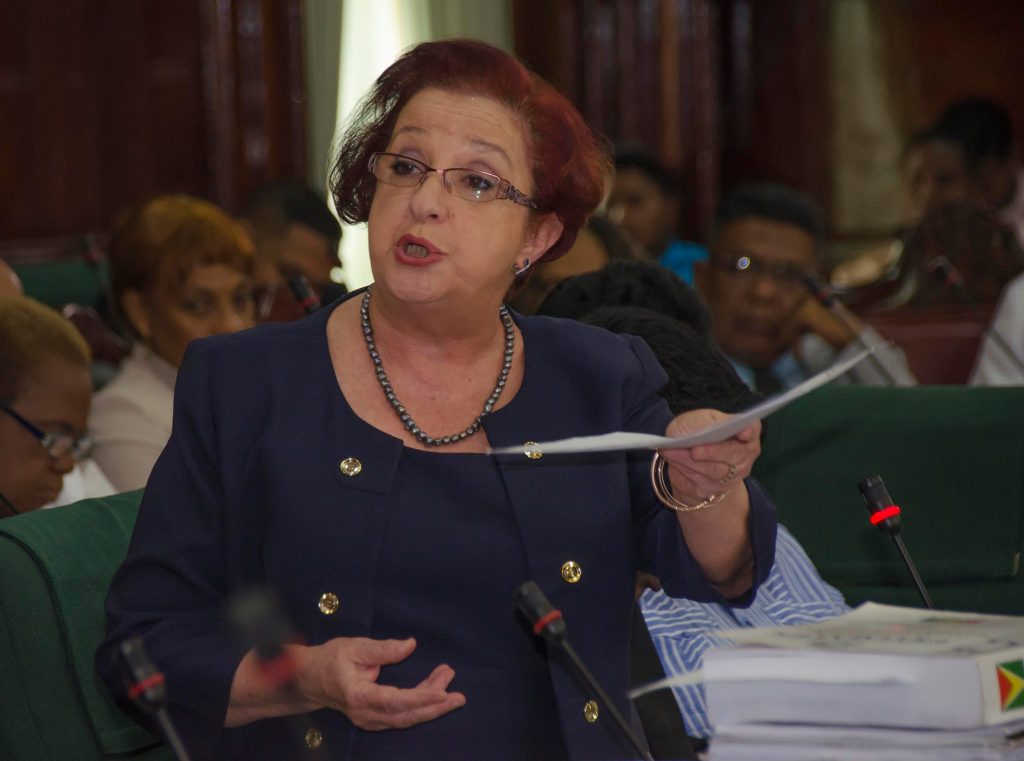 Minister of  Parliamentary Affairs and Governance, Gail Teixeira on Friday said political appointees of the former A Partnership for National Unity+Alliance For Change (APNU+AFC) would be fired if they do not resign within one week.

“We are asking them to resign and if they do not, they will be getting letters of termination. We are not going to be bullied. At the same time, we have given them a week to do what is right and from Monday they will receive letters,” she  said on Facebook Live video

The Minister said she was taken aback by requests for 42 days leave by Chief Executive Officer of the COVID-19 National Task Force, Joseph Harmon and Attorney-at-Law, Geeta Chandan-Edmond.

Ms. Teixeira assured that the Dr. Irfaan Ali-led People’s Progressive Party Civic (PPPC)-administration was not about to proverbially “take bread out of people mouth.”

She also announced that the three former ministers whose usually places of residence are in the interior, have been given one month to vacate the houses that government had been renting for them in Georgetown.

Earlier Friday, People’s National Congress (PNC) Leader, David Granger warned of  “consequences” if the PPP-led administration continued to witch-hunt public servants and contracted workers who had been hired by his administration or are perceived to be supporters of other political parties.

But the Minister of Parliamentary Affairs and Governance reassured that public servants who have been following the rules would not be punished and have nothing to fear, even as she expressed concern about Mr. Granger’s utterance. “Some of his language is disturbing and I don’t believe should be taken lightly,” she said. At the same time, she said Mr. Granger’s comments would not in any way deter government from executing its mandate. “I want to say to the public ‘ stay calm, do not let anybody intimidate you. These threats from Mr. Granger do not in any way fraze us, frighten us, do not intimidate us,” said Ms. Teixeira, a longtime executive member of the incumbent PPP.

The  Cabinet was expected to hold its first meeting later Friday.