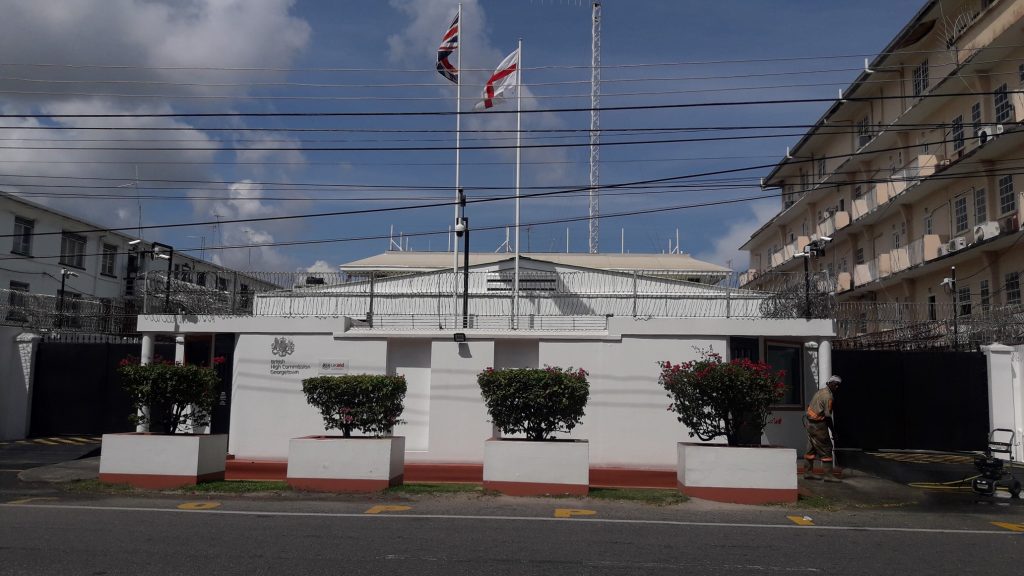 Britain says the next Guyana government emerging from the March 2, 2020 general elections after a “credible” vote recount will have to push ahead with further reforms of the constitution of this former British colony.

“Whoever takes charge will have to rule for the benefit of every Guyanese citizen, undertaking whatever constitutional reforms necessary to ensure that happens,” British High Commissioner to Guyana, Greg Quinn stated in a message to mark Guyana’s 54th independence anniversary.

Guyana attained independence from Britain on 26th May, 1966.

President David Granger has stressed the importance of non-interference in the internal affairs of states, a point he had been repeatedly making at receptions by the major western diplomatic missions, including Britain’s, in the run-up to the March 2, 2020 general and regional elections.

Despite support from the United Nations, the incumbent coalition’s promise to further overhaul Guyana’s constitution never really got off the ground beyond the passage of a Constitutional Reform Bill.

Presidential candidate for A Partnership for National Unity+Alliance For Change (APNU+AFC), David Granger, at the signing of a revised political agreement (Herdmanston Accord) with the AFC, had publicly stated that the Prime Minister’s office would be strengthened to ensure there is a robust legislative agenda and constitutional reform. The opposition People’s Progressive Party (PPP) had expressed concern whether incumbent Prime Minister Moses Nagamootoo had the political clout to negotiate such key issues.

The British High Commissioner hoped that Guyana would “continue” along the path of development to the benefit of “each and every citizen as it should” after the general election results are declared. “Guyana has a bright future, one which we look to see realised following the conclusion of the ongoing election recount process and the swearing in of a president on the basis of a credible election process,” Quinn said.

Ahead of the end of the recount, already the PPP and APNU+AFC are mired in controversy over the incumbent’s claims of a rigged election and the PPP’s allegations that the Returning Officer for Region Four had inflated the numbers in favour of the coalition.