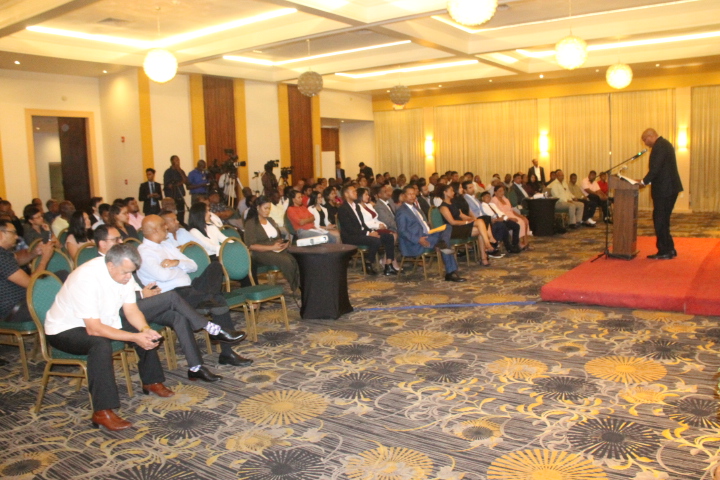 The newly-formed Change Guyana (CG) political party on Tuesday vowed to renegotiate all existing contracts with oil companies to get higher royalties and suspend the award of new concessions pending those talks.

Addressing CG’s launch at the Pegasus Hotel, prime ministerial candidate, Nigel Hinds made known his party’s position on the issue at a time when there is lingering debate about the sufficiency of the two-percent royalty in the production sharing agreement between Guyana and ExxonMobil. Concerns have been also raised about the one percent royalty that Guyana secured in the deal with Tullow Oil.

“The ambiguous oil production sharing agreement that has extremely low royalties for Guyana is a major cause for concern and Change Guyana party believes that contract renegotiations for a fair share of oil benefits to Guyana are absolutely needed and we will be using reputable public international law firms for this purpose,” he told the well-attended event.

Mr. Hinds, a Chartered Accountant, also said Guyana “urgently” needs a local content policy for all industries and investors, not only the emerging oil and gas sector. He said CG’s model policy would cater to the transfer of skills, knowledge, technology, policies and the use of local products and services.

The CG’s prime ministerial candidate later told reporters that he was not worried that the call for a renegotiation of oil contracts would scare away investors. “Of course not, it would be done in a manner that is conducive to fair representation from both parties,” he said in response to a question by News-Talk Radio Guyana 103.1 FM/Demerara Waves Online News. 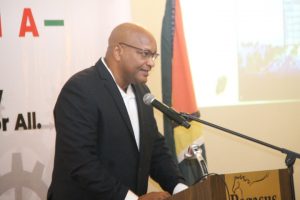 Mr. Hinds said he and CG’s main focus was “on the royalties” but he declined to say what could be considered a reasonable number of royalties. At the same time, he was reasonably confident that Guyana could get a higher figure through negotiations.

“The best sense is commonsense and when you look at the contract and you see the meagre rates, you know you have a starting point. It is very unlikely that the experts will not find measures and means to have a healthier and fairer share for the Guyanese people,” he said.

The CG political party said the time has come for Guyana to stop awarding more concessions until the existing production sharing agreements are renegotiated. “No new contract should be awarded at this time. We have enough oil to last for forty years. Finding more oil and incurring more pre-contract cost is not exactly in our interest in this contract that is ill-defined to some extent and in many areas we have concerns about,” he said.

Local and foreign experts have expressed grave concern about the absence of legislation to govern the oil and gas sector.

Previous: 25,000 persons risk being barred from voting if they don’t collect national ID cards
Next: OPINION: ExxonMobil will not amend contract other than in its own time and on its own terms