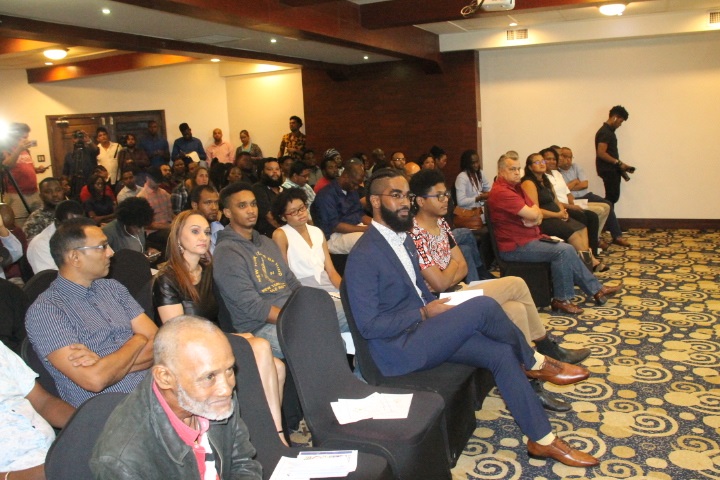 Attendees at the launch of Citizenship Initiative political party.

Guyana’s newest political party, Citizenship Initiative (CI), has vowed never to join either of the two big political parties and to strive for constitutional reform.

Speaking during an interactive session at the party’s launch at Herdmanston Lodge, executive member Ruel Johnson ruled out the Citizenship Initiative teaming up with the either the People’s Progressive Party (PPP) or the People’s National Congress Reform (PNCR)-dominated A Partnership for National Unity (APNU).

“Our key platform has to do with leverage in parliament. Now to answer the question of coalition, let me say very explicitly now: Our message is that this adversarial politics by the two giants continues to be the primary burden for the development of Guyana. Coalition is not an option…You can’t say that you have goals that you want to attain, you change the status quo and then join the status quo,” said Johnson, who is employed by the Guyana government as Cultural Policy Advisor.

A number of the Citizenship Initiative’s co-founders were previously sympathetic to the Alliance For Change (AFC) which has been part of the governing coalition since 2015. In the early days of the AFC, then leader Khemraj Ramjattan had ruled out coalescing with the PNCR on the grounds that his party would have lost its identity, East Indian support and financing, but by 2015 his party recanted and teamed up with APNU to contest the elections under the rubric of a political agreement styled the Herdmanston Accord.

Johnson says the executive members have been financing their start-up operations. They unveiled brief ideas at their launch for the high-tech development of Guyana with oil revenues and tax reform. 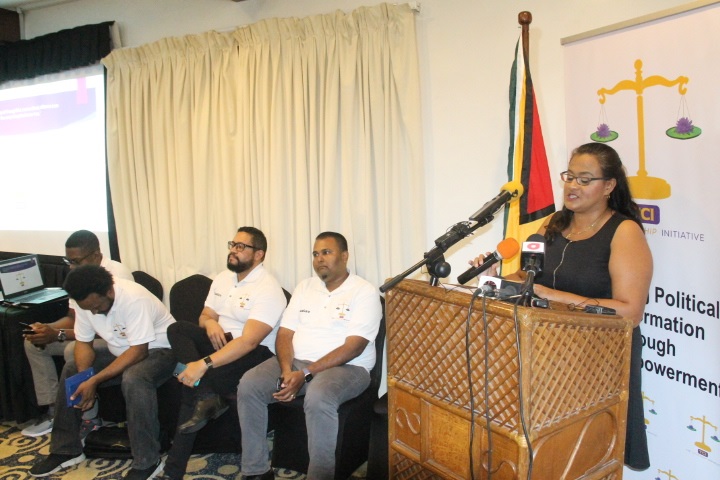 The CI executive member said among its goals is to have campaign financing legislation that will make it mandatory for the publication of the names of all donors of US$10,000 and above. “Anonymity is not an option. You have to agree that your name will be out there and published as a donor of a certain statutory amount,” he said.

On the question of the “expensive” financing of CI so far, Johnson said their political party has not received hidden financing from any source but has been the product of individual contributions from among the executives. “There is no shadow money here. Going forward, there will be no shadow money,” he said.

The PPP and PNCR have over the years resisted campaign financing legislation, despite efforts by the Organisation of American States (OAS) and repeated calls in election observer missions by the Carter Centre, the Commonwealth and the OAS. 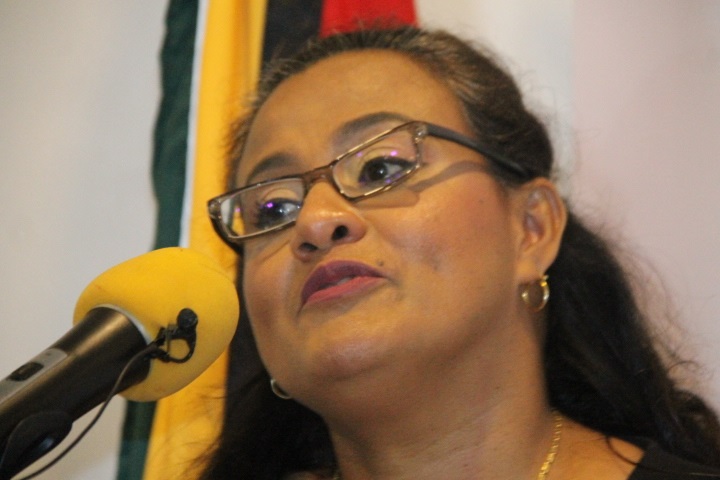 Guest speaker, Rhonda-Ann Lam said she was prompted to enter the political fray because she is fed up with Guyana’s deep-seated ethnic insecurities and racially-polarised voting patterns. “Fear of the unknown is par for the course. Rejection of unknowns is par for the course. Threats to economic capacity is cause for concern in any intended massive change but what is not acceptable is an almost inscribed belief that a country’s political will can only go in a prescribed direction year after year,” said Lam, a career teacher.

Lam said her dreams for Guyana include no discrimination against political opponents in acquiring public goods and services, integral role for youths, broad-based representation, and respect for the Constitution and end to disruptions during electioneering. “The depths of chaos and uncertainty that people have to endure in times of political electioneering and gimmickry cannot be a regular thing. We code our citizens at election time and seem to listen to them and to what they want but in reality have never truly put them first. There has not been any transformative shift to collectively represent people,” said Lam.

She said the Citizenship Initiative was “a clean slate” made up of a group committed and competent people who would work for the collective good through national unity, respect for laws, equal opportunities to jobs and education across the country, high-tech systems for sport, education and health sciences.

Lam urged Guyanese to know their rights, make politicians work for your vote which is a constitutionally enshrined right, and put an end to discrimination.

Johnson could not immediately say who would be CI’s presidential candidate, saying the priority would be to reach out and embrace ordinary people who would like to participate in the new movement. “In the next few months, this not about campaigning. This is about engaging citizens in a very direct way of shaping public policy,” he said, adding that CI did not intend to churn out grandiose promises such as providing 50,000 jobs.

He would only say that CI’s presidential candidate “fits the criteria of integrity, of accountability and of intelligence that we set with regard to who we want in government.”

Among those present at the launch were Don Singh who recently embraced the PPP’s Civic arm, and Rajendra Bissessar, a former PPP member who has since joined the AFC. Chairman of the Private Sector Commission, Gerry Gouveia was also in attendance.

Two other small political parties – A New and United Guyana (ANUG) and Liberty and Justice Party (LJP) – were recent formations to contest the March 2, 2020 general and regional council elections.