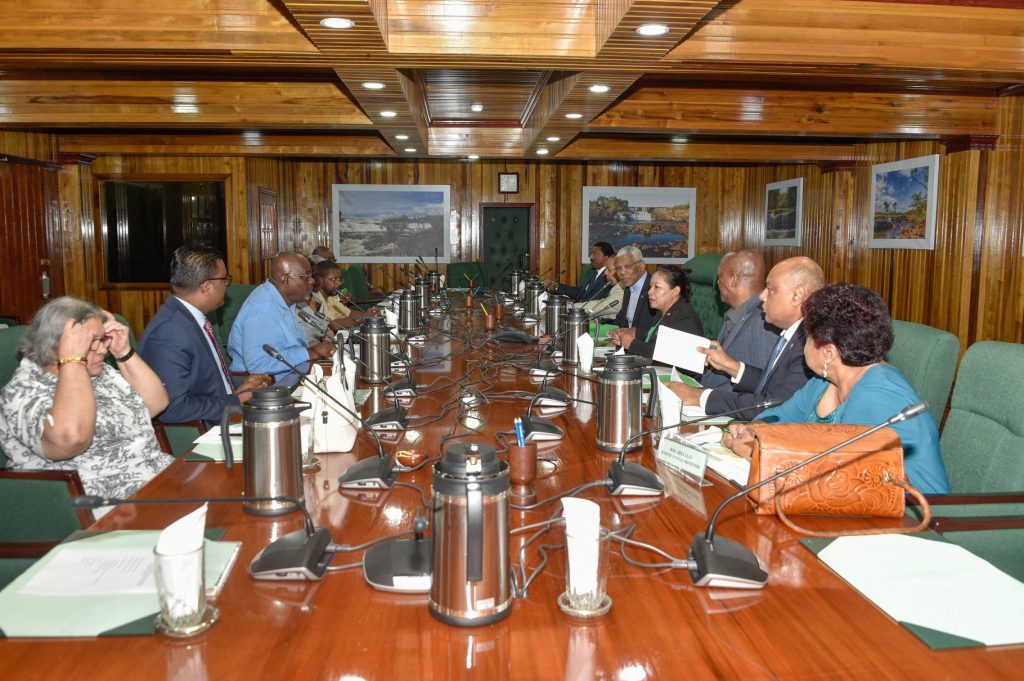 President David Granger on Thursday said he would await the Guyana Elections Commission’s (GECOM) advice after next week’s High Court decision on the fate of the house-to-house registration process.

He indicated that after GECOM Chairperson, Retired Justice Claudette Singh briefs him on the outcome of the August 15 meeting of the seven-member commission, Guyanese would have a clearer idea of when general elections would be held.

GECOM is expected to meet next Thursday one day after the High Court rules on requested orders by Christopher Ram for GECOM to abort house-to-house registration.

President Granger reiterated that it is for GECOM to decide what is the best formula to generate a credible voters list and general elections.

“We will accept any formula or any rule or any decision which satisfies the requirement of a credible election,” he said.

Demerara Waves Online News was told that about GYD$1 billion already has been spent on the registration of more than 160,000 persons since it began on July 20.

The President made no mention of house-to-house registration in his interaction with the media. “We have said over and over again that if the list is flawed, it must be corrected. It is for the commission to say how it would correct the list,” he said.

Previously, the governing coalition had made it clear that house-to-house registration was absolutely necessary because the current register is bloated by about 200,000 names, had other defects and thousands of youths would be left off.

Speaking with the media shortly after a brief meeting with the seven-member elections commission, President Granger stayed clear of whether his administration would appeal the August 14 decision by Chief Justice Roxane George-Wiltshire if she rules in favour of Ram that house-to-house registration should be scrapped. “I said what I said,” he said.

The Guyana government reiterated that it would not dictate to GECOM how it must do its work but it pledged to provide whatever support is required. The National Treasury has so far disbursed GYD$8 billion to GECOM.

The opposition People’s Progressive Party (PPP) has been pushing for general elections to be held with names drawn from the national register and subjected to a claims and objections period.

Previous: President to meet GECOM on Thursday ahead of “imminent” election date
Next: OPINION: The “zone of convergence” must widen and encircle; must get real