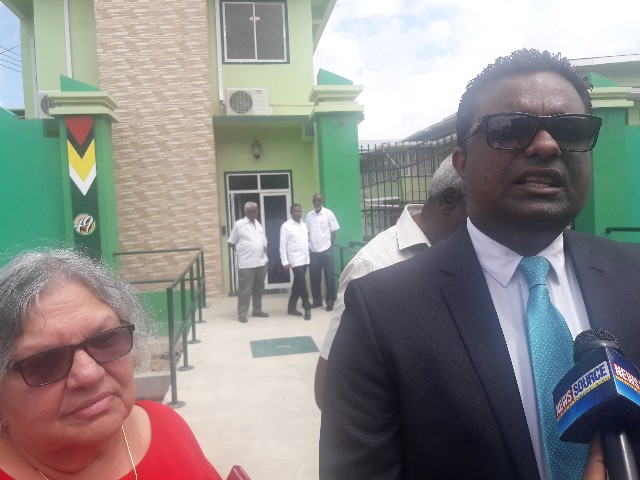 President David Granger on Friday said the existing voters’ list is “bloated”, and now that the Guyana Elections Commission (GECOM) has failed to provide him with sufficient information so that he could call an election date, he has asked that body to return to the ‘drawing board” to settle their differences.

“We don’t want any citizen to feel disenfranchised and it is evident from evidence provided at the meeting this morning that the list is bloated given the size of our population and much attention is focused on sanitising that list,” the President said after a more than two-hour meeting with the seven-member bipartisan elections commission.

Of a population of 746,955 persons, eligible voters number more than 633,150 and that figure could increase by about 7,000 persons who would be 18 years old at the time of the next continuous registration process.

Noting that the talks, which he described as a “useful engagement”, focused heavily on the voters’ list, the President said he needed the required information to allow him to name an election date.

“We did not get the kind of guidance that we need to enable me, as President, to make a proclamation to actually announce a date but we have kept the door open and we have asked the Guyana Elections Commission to go back to the drawing board to examine how quickly and how easily they could arrive at a consensual position, merge the various approaches, ensure the preparations for elections, which have already started, continue, and that we could have an agreement as early as possible,” he said. 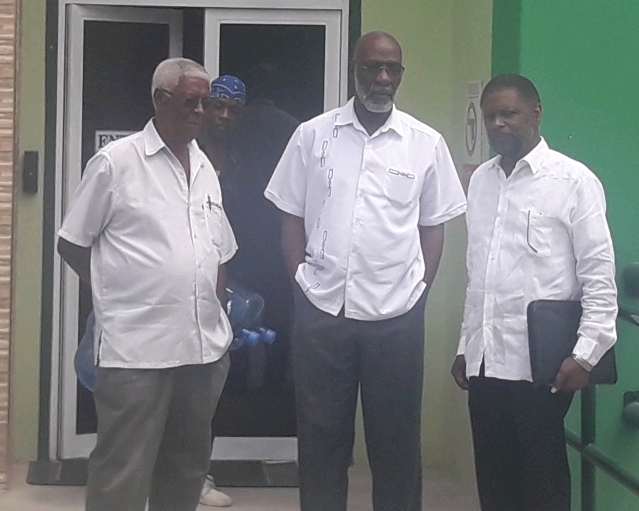 The elections commission is split over government and its appointed commissioners’ stance that there must be house-to-house registration before the next general elections to remove the names of deceased persons and emigrants to minimise the possibility of electoral fraud.

However, the opposition People’s Progressive Party (PPP) and its allied commissioners had first demanded that elections be held by March 21 following the passage of the no-confidence motion on December, 21.

Opposition Leader Bharrat Jagdeo has vowed not to lend his PPP’s 32 parliamentary votes to a two-thirds majority to extend the life of the government unless elections are held by April 30 with the existing voters’ list.

The President said the differences among the commissioners were not irreconcilable and urged that they search for agreement between their competing opinions on the Commission. “The unfortunate thing is that we don’t have a date and I’m confident that if the Guyana Elections Commission resolves or reconciles the different points of view which exist in the Commission now, the Guyanese people could look forward to having elections at the earliest date possible,” he said.

The Chief Elections Officer estimated that elections can be held 148 days after claims and objections, while house-to-house registration can take as much as six to nine months.

Granger reiterated that neither he nor anyone would “overrule” the “independent” elections commission. “Once the Commission says it’s ready, I will announce a date and I hope that that date is early as possible. So the question of the ball being in the President’s court is not a credible position to take. I have to be advised by the Commission,” he said.

Except for the Commission Chairman, most of the other commissioners have been politicians over the decades and are still closely aligned to their political parties.

Down to a GECOM vote

Minister of State, Joseph Harmon signaled that the President’s proclamation of an election date would eventually come down to a vote among the seven elections commissioners. GECOM Chairman James Patterson could cast his vote to break a tie between the two opposing groups of three commissioners each.

“At the end of that, we have to act on a decision of GECOM. Sometimes, these decisions are unanimous, sometimes they are a majority decision, but the fact of the matter is that we must have a decision,” Harmon said.

Coalition-backed commissioner Vincent Alexander in reiterating that credible elections are hinged on house-to-house registration, hoped that GECOM’s technical personnel would accept his proposal to contract that exercise to be completed by November 2019. Like Harmon, he says the final decision on a date now rests with the Commission.

“The decision has to be made at the level of the Commission. If it requires a vote, so be it,” Alexander said. GECOM’s next statutory meeting will be held on Tuesday, March 12.

He said some of the polling day preparations would have to be done simultaneously providing there is cash. Officials estimate that GECOM needs at least GYD$2.9 billion to hold general elections, an amount that the Finance Ministry says will have to be approved by the National Assembly.

For PPP elections commissioner Bibi Shadick, if the pro-coalition commissioner gets his way to hold house-to-house registration, general elections would be held by February 2020. “I don’t see that as the shortest possible time,” she said.

Shadick and colleague commissioner, Sase Gunraj told reporters that Friday’s meeting was virtually useless and almost similar to the outcome of GECOM’s meetings. “This felt, today, as we were at another GECOM meeting because the inability of GECOM and the abject failure of us, as a Commission, to arrive at credible decisions, proper decisions that will determine how the future of this country progresses. Our failure, therefore, continued,” Shadick added.

Gunraj contended that timelines for either claims and objections or house-to-house registration are “padded”. “They have a lot of fat in it that needs to be cut out,” he said.

Friday’s meeting were held two days after talks between President Granger and Opposition Leader Jagdeo collapsed after the Guyanese leader said that he could not call an election date unless the “independent” elections body is ready.