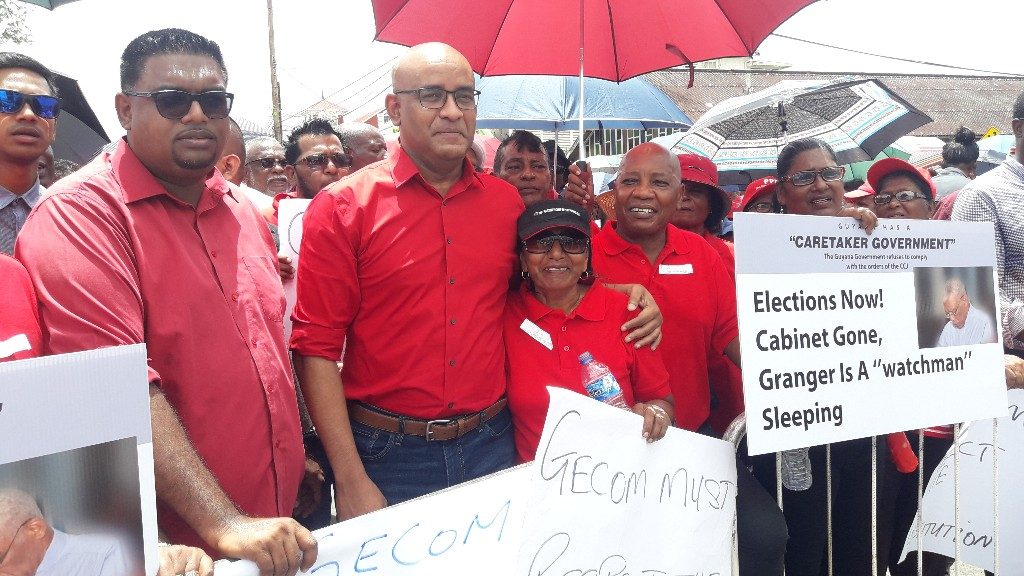 Opposition People’s Progressive Party’s (PPP) Irfaan Ali on Friday vowed to remain in the race for the presidency, although the High Court recently ruled that he must face trial for allegedly conspiring to defraud government of a total of GYD$174 million by selling land below their valued prices.

But Ali on Friday said he would not be stepping out of the contest for the presidency in elections likely to be held later this year or early next year depending on whether there is house-to-house registration. “Definitely! Staying in the race will ensure that the People’s Progressive Party is victorious and I’m confident that we are going to be victorious,” he said.

Ali said he would appeal Justice Franklyn Holder’s decision that he must face trial in the Magistrates’ Court.

In January, Ali, who was scheduled to travel to Canada on a meeting trip, received a correspondence from the High Commission of Canada in Trinidad and Tobago blocking him from travelling due to the court charges.