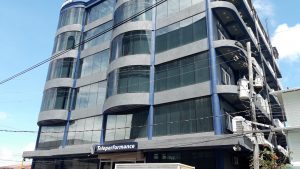 In piloting amendments to the 2008 Act, Hughes said the law currently does not take into account advances in telecommunications technology. She explained that call centres are required to record calls with customers as part of their quality assurance system. “Here, I make specific reference to commercial call centres which, by the very nature of its operations, requires that the client and the provider must record conversations.”

The main reason for such records, as many of us would know, is in the interest of ensuring better quality service to their clients,” she told the House sitting that was boycotted by the opposition People’s Progressive Party Civic (PPPC).

The principal law provides for a GYD$5 million fine and imprisonment for those found guilty of intercepting telecommunications messages except by a court warrant or in times of national emergency.

Hughes noted that internationally if a caller continues communication after having been told that it would be recorded would amount to the granting of consent.

The Minister added that the amendment to the Interception of Telecommunications Act also safeguards the staff of call centres to the extent that they would be recorded as part of their official duties.

She hoped that with the passage of the amendments, Guyana would be able to create a “herculean leap in confidence” in attracting even more call centres that is a US$156 billion industry globally. “One of the gaps for most of the international clients that have expressed an interest in investing in Guyana is the recognition that the primary act does not allow for the recording of conversations,” she said.

About 5,000 Guyanese are employed by call centres and, according to the minister, another 400 youths are to be employed by an existing centre.