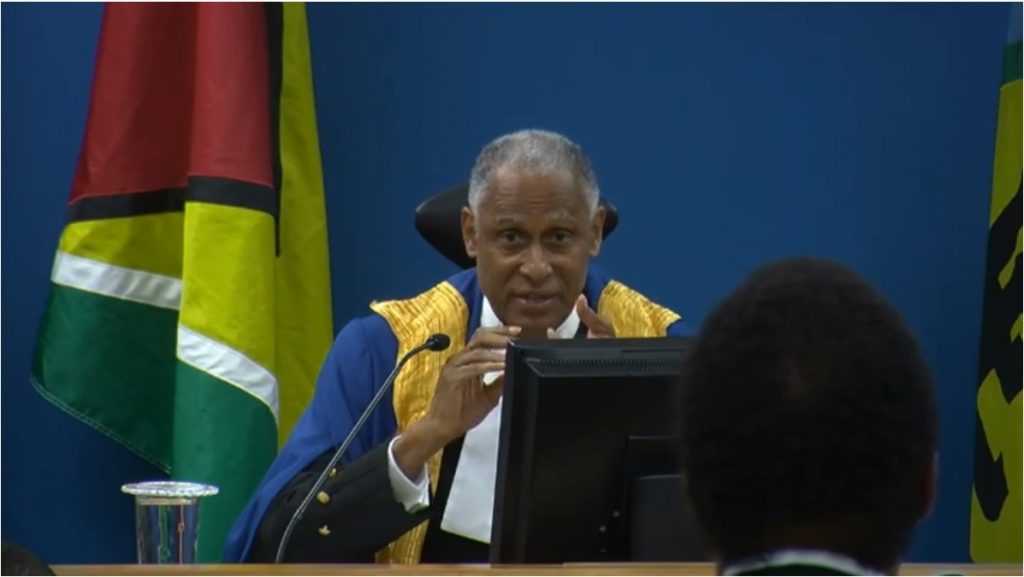 Attorney General, Basil Williams on Thursday assured the Caribbean Court of Justice (CCJ) that the Guyana government would set aside monies needed to conduct general elections if the regional court finds that last December’s no-confidence motion was validly passed by the National Assembly.

“You, as Attorney General, do we have your commitment that the necessary monies will be made available to the Commission as and when it is necessary for those monies to be made available?” CCJ President, Justice Adrian Saunders asked Williams during day one of hearings into combined appeals.

The Attorney General, replying, said “yes” and added that President David Granger has already committed to ensuring the funds are provided to the Guyana Elections Commission (GECOM). “The President of Guyana has already given that commitment and he has given that commitment to the nation and he has given it specifically to GECOM when they met with the President.

GECOM’s Attorney-at-law, Stanley Marcus earlier Thursday told the regional appellate court that the electoral management authority could conduct the polls at the earliest in November after house-to-house registration and receipt of funds. GECOM has asked for GYD$3.5 billion to conduct the polls.

The Attorney General recalled that the President has said he could not name an election date unless GECOM is ready. Williams, a former Chairman of the People’s National Congress Reform (PNCR), warned of “dire” consequences if the machinery is not prepared to deliver credible elections.

“It is only commonsense dictates that you should be advised by the Chairman of GECOM as to their readiness to deliver credible elections in Guyana. It is not just any old elections. As I said to you, the consequences are dire,” he said.

The President of the CCJ said there could be tension between having credible elections and having the elections within a timeframe, requiring some reconciliation between the two. Guyana’s constitution says general elections should be held within 90 days after the passage of a no-confidence motion except if the timeframe is extended by two-thirds of the 65-member National Assembly.

Williams said the three-month period could only be directory rather than mandatory.

Justice Saunders said it would be very disappointing if GECOM could not hold elections within three months if the appellants win the case and the political parties would be unable to reach agreement to extend the three-month period.

The CCJ President again expressed concern that since the vote was held, GECOM did not recognise that elections were possible.

After the Attorney General complained bitterly that GECOM’s work was being stymied by weekly walkouts by a number of elections commissioners from meetings, Justice Saunders said Guyana has a constitution, courts, President and Cabinet and the National Assembly that need to find a solution in accordance with the law. “We three—courts, President and his Cabinet and the National Assembly—we need to make this thing work and we need to make it work according to its letter and its spirit,” the CCJ President stated.