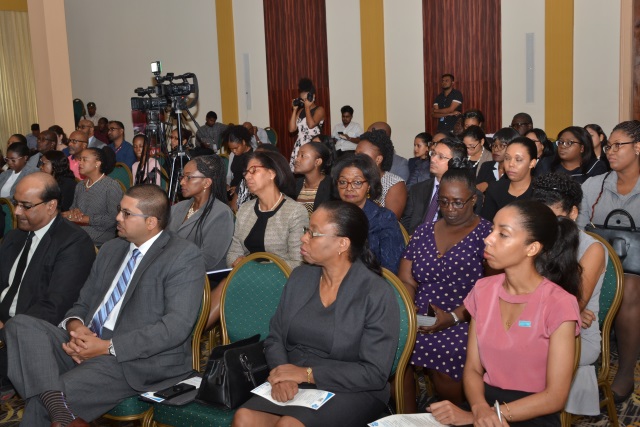 Members of the judiciary at the launch of the Forensic Psychology and Sexual Offences Special Training Series.

Guyana’s legal experts are to be trained in forensic psychology, aimed at applying more natural science techniques in securing convictions for sexual offences and violence against children.

Psychological impact, emotional reaction, impact of alcohol and drugs, external environment of the abuser, social and cultural norms and myths, cultural milieu and best practices would be covered in the 20-hour programme.

UNICEF’s Representative to Guyana and Suriname, Silvie Fouet hoped the training programme “would change the way we respond and we document violence plus we begin to develop the forensic psychology which is the theme of that series of training”.

She highlighted the importance of matching science and law. “For me, also, it’s a little ahead in Guyana that you bring the law with science because forensic training and capacities is really bringing science a little more,” she said. While a lot of cases make it to court, Fouet noted that forensic specimens have to be sent overseas for DNA testing. Government has said that Guyana would acquire DNA testing capacity by year-end.

Dean of UG’s Faculty of Health Sciences, Dr. Emmanuel Cummings emphasised the importance of DNA profiling in probing sexual offences to “make or break a case”. One of the aspects of the results of solving cases of this nature is DNA profiling  which constitutes a significant part of the programme which we plan to roll out by the end of the week,” he said.

He said in Latin America and the Caribbean which has the highest rate of sexual violence, Guyana ranked number two among the 10 independent English-speaking nations.

Statistics show there are 400 reports of violence against children for 2019 in Guyana, added to the 1,000 reported last year. 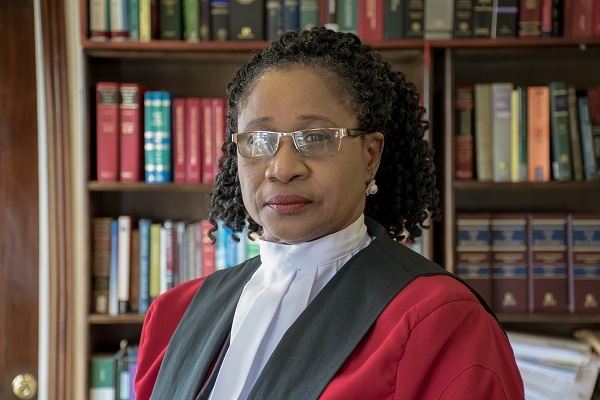 Chancellor of the Judiciary, Yonette Cummings-Edwards said the training programme for magistrates, judges and prosecutors is vital in dealing with sexual offences. She noted that insensitive treatment of victims especially in the criminal justice system can result in “secondary trauma”.

“The complexities of working with victims of sexual violence requires specialised training and intervention on the part of all involved in this process. Victims not only require support services but they also need to be treated with fairness and respect for their dignity and their privacy,” she said.

The Chancellor of the Judiciary promised that “we intend to change or even revolutionise” the way sexual offences are approached in Guyana. She said the effectiveness of the court would ultimately depend on its personnel, equipment and an integrated approach that includes court personnel, prosecutors, police, magistrates, judges, social workers and non-governmental organisations.

UNICEF highlighted that Guyana has so far achieved several “milestones” such as the Sexual Offences Act, the Sexual Offences Court, the Children’s Court in the Demerara county, and a number of programmes at the University of Guyana. Plans are in the pipeline to establish similar courts in Guyana two other counties, Berbice and Essequibo, to improve access to justice by children.