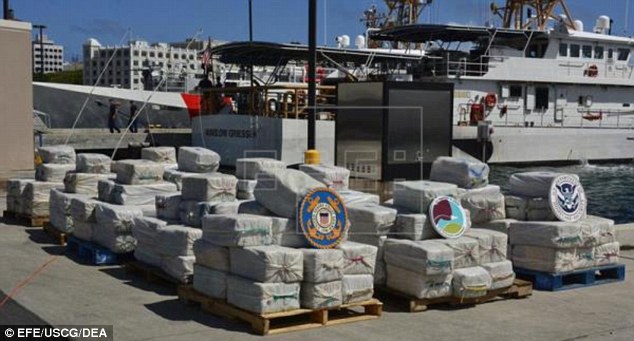 Judge Lewis also sentenced each defendant to two years of supervised release, but ordered that they be deported upon release from incarceration. She further ordered them to pay a special assessment of $100 each and did not impose a fine.

According to plea agreements filed with the court and statements at the sentencing hearing, the United States Coast Guard Cutter Napier, on February 16, 2017, intercepted a suspicious vessel in a joint operation with the Trinidad and Tobago Coast Guard approximately seventy nautical miles north of Paramaribo, Suriname, in international waters. The vessel, later identified as the LADY MICHELLE, was located in a known drug trafficking route and registered with St. Vincent and the Grenadines. The U.S. Coast Guard boarded the vessel pursuant to a bilateral agreement between the United States and St. Vincent and the Grenadines. They discovered 185 bales containing numerous rectangular shaped packages of cocaine in the vessel’s fish hold weighing 3,769 kilograms.

The drugs had a street value in the U.S. Virgin Islands of approximately $71 million. Jeffrey and Hoseain functioned as captains. La Cruz was identified as the engineer and Williams as the cook.

The case was investigated by the U.S. Coast Guard, the Trinidad and Tobago Coast Guard and the U.S. Drug Enforcement Administration and prosecuted by Assistant U.S. Attorney Alphonso Andrews, Jr