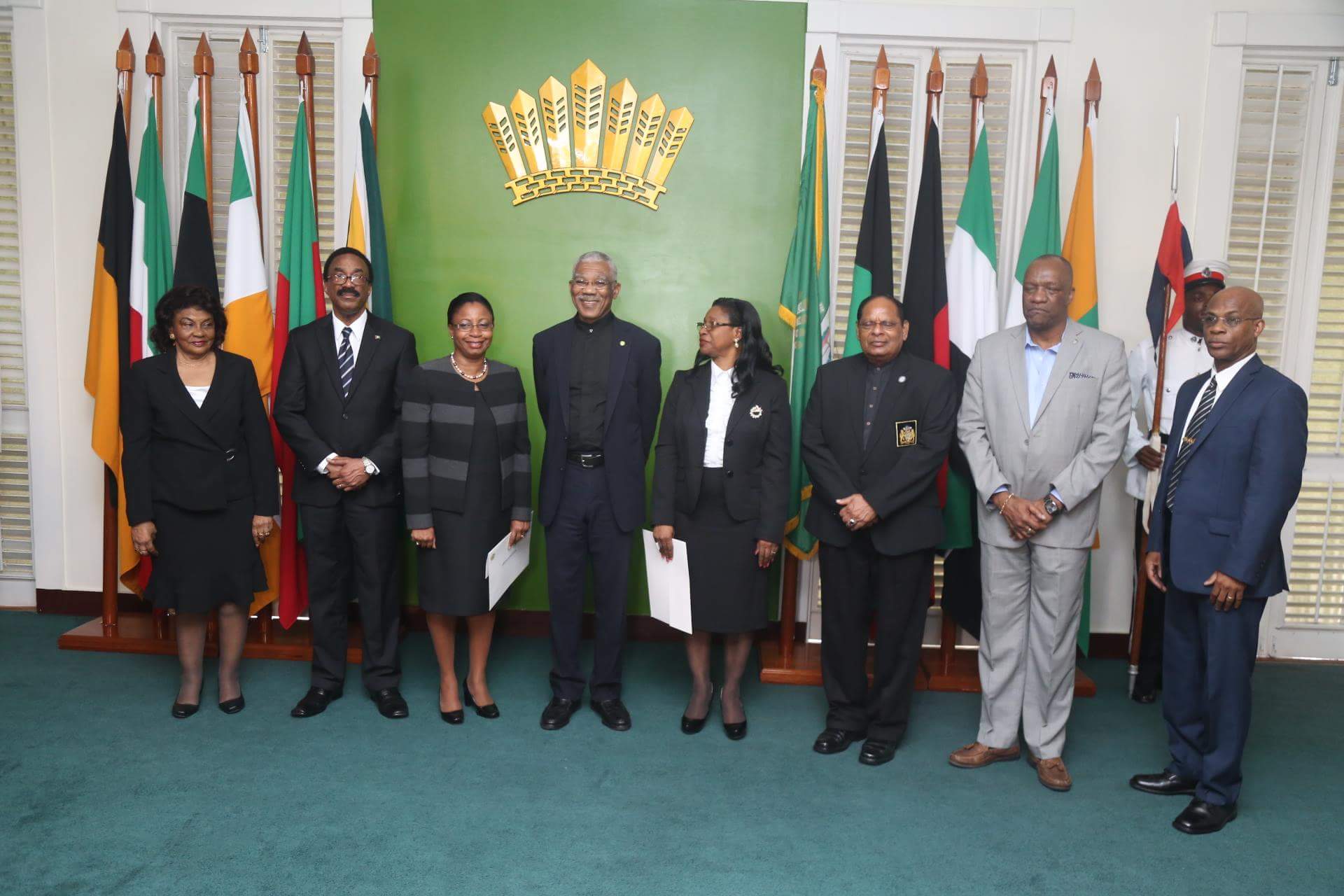 A list of potential judicial appointments from the Judicial Service Commission has been forwarded to acting Chancellor, Yonette Cummings-Edwards, by President David Granger.

The President said he awaits the advice of the newly sworn-in Chancellor, who is expected to resubmit a list to him, which he will act on.

Acting Chief Justice George will sit on the Court of Appeal, easing the backlog there.

Chancellor Cummings-Edwards told the press corps that a meeting of the Judicial Service Commission will convene shortly to address the situation of the need for more Judges at the Appeal Court.

This was also confirmed by President Granger.

Madam Cummings-Edwards added that the court requires a complement of five justices, and with Justice George recently admitted, there is two.

President David Granger, in brief remarks to the gathering including top state officials, called for the top judicial officers to continue to uphold the high standards of their offices in accordance with the oath they swore.

He further urged members of the Executive, Legislature, and Judiciary to uphold the constitution.

President Granger, responding to questions about the shortage at the Appeal Court, said he intends to move ahead with appointments once names are submitted to him from the Judicial Service Commission.

“The crisis will resolve itself in a few days or weeks. It’s up to the JSC now,” Mr Granger said, while objecting to the position of the political opposition that he refused to appoint persons previously submitted.

The President has the constitutional power to appoint judicial officers.

“The word ‘refuse’ is very strong,” Granger clarified on his decision to withhold appointments of persons previously submitted.

“I withheld approval because I sent recommendations to the present Chancellor who has agreed to look at them and resubmit a list to me,” he noted.

“As soon as I get the list, I will be able to act on it. So I did decline… I sent a list to the Chancellor and I am awaiting her advice,” Mr Granger noted.