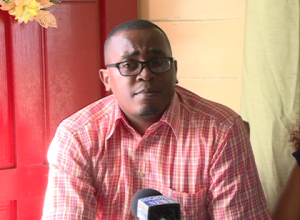 The Georgetown Mayor and City Councillors are dissatisfied with the performance of the City Engineer’s’ department, headed by Colvern Venture especially since a human resources committee report reflects a number of complaints against the department.

Georgetown Mayor Patricia Chase-Green, in frustration, said she is prepared to fire officers of the department once those recommendations are brought to the council.

Chase-Green noted poor customer service at the department, discourteous attitudes towards the public, and even ‘lazy’ officers who could be seen wandering around the City Hall compound, as some of the reasons for her stern position.

The Georgetown Mayor alluded to some $98million being paid in salaries to the department over a period, but “those on staff are not doing what they are expected to do.” She did, however, acknowledge the department is short of staff.

“I think it’s time people start going home,” Chase-Green said during a marathon four-hour statutory meeting today, March 27, adding, “we cannot allow… people to sit down for a second year in important offices and not do their work.”

“If you ask them to do something, you will get the report three months after,” the frustrated Georgetown Mayor said, further adding that if the City Engineer were to bring any of the ‘lazy officers’ before the Human Resources Committee, she would ensure disciplinary action against them.

Chase Green was dissatisfied with construction work being done around the city, which did not have adequate precautionary measures to ensure public safety. Work currently being done on Cemetery Road was noted as one such concerns.

“2017-2018 will be the breaking point of this council to show the strength of this council,” Chase-Green said, plugging her recent re-election as Georgetown Mayor. The current mayoral cycle comes to an end this month.

Chase-Green won an internal City Council election at the end of 2016, and will once again serve as Mayor from April 2017 to March 2018. “I will go when it is my time to go. Nobody will move me,” a boasty Chase-Green reassured.

A motion was moved today by councillor for Albouystown, Malcolm Ferreira, about work being done on a community space in the area. That work is currently behind schedule.

Ferreira’s motion called for a two week extension to allow the Engineer’s Department to finish its work. That motion was seconded by councillor Heston Bostwick, and approved by 25 members of the council with two abstentions.

Chase-Green plugged council as the policy arm of the municipality, while noting that officers are expected to carry out the directives of the council in a timely, effective manner.

The Mayor called for Venture to stop protecting and defending lazy officers who should be dealt with.

2017-03-27
Derwayne Wills
Previous: ‘None of them could take me on!’ – Chase Green challenges councillors, threatens legal action
Next: President awaits advice of new Chancellor before appointing judicial officers