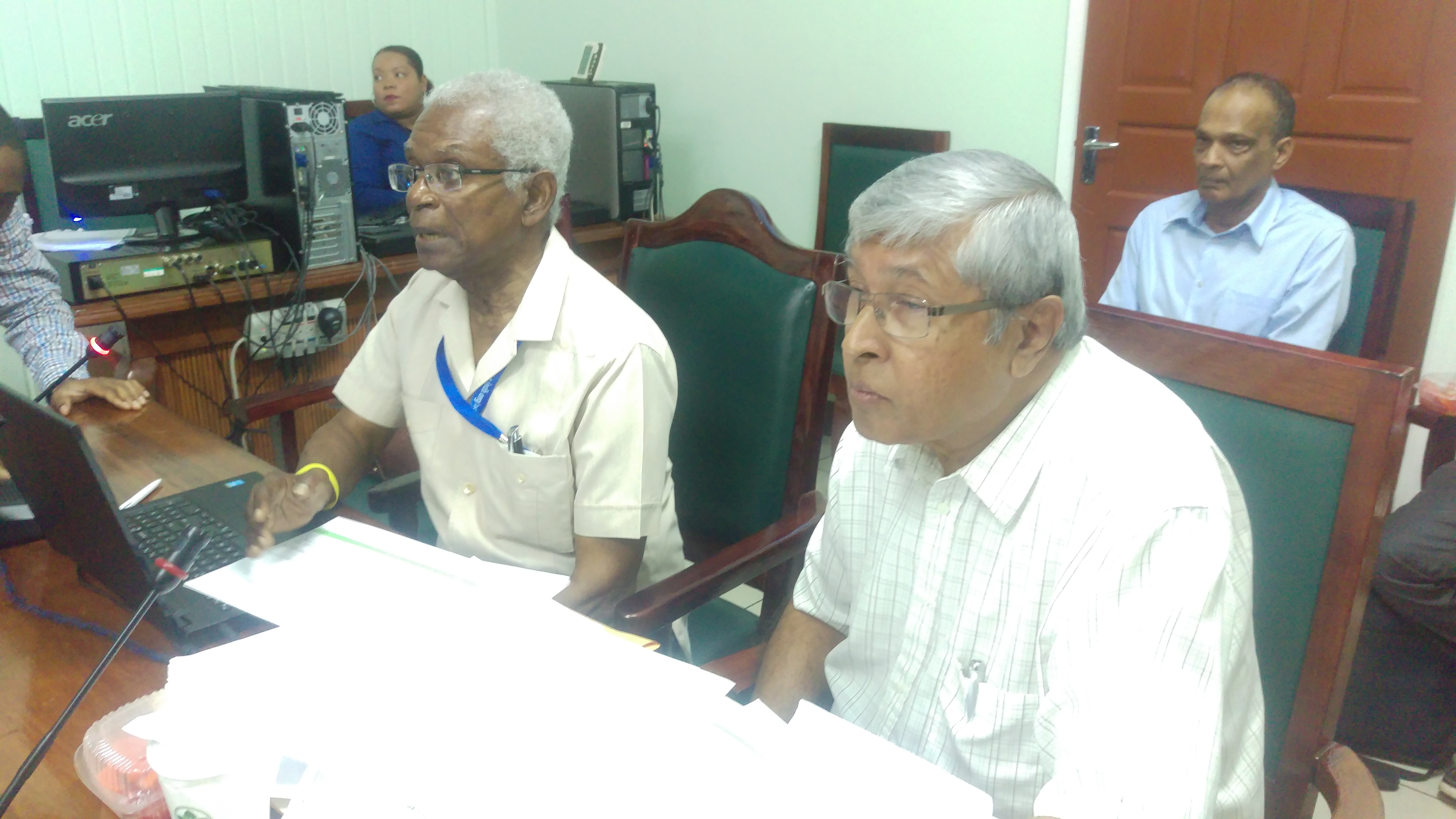 Hanoman said such measures would be uncompetitive. He added if the company were to invest in converting molasses to ethanol, such a measure would kill the local rum industry which relies heavily on molasses.

The sugar company’s CEO told the committee, what has been known for some time, that GUYSUCO’s debt stands at some $77B.

He said $1.7B was owed to the National Insurance Scheme (NIS); $7.6Billion to the Guyana Revenue Authority; $226Million to the Guyana Agricultural Workers Union (GAWU); $665Million to the Pension Fund; $1Billion to foreign creditors; $2.8Billion to local banks; $829Million for a Caribbean Development Bank (CDB) loan; and $29.3Billion in loans for the Skeldon Sugar Factory. Other figures were quoted.

Hanoman said there has to be a radical shift in how the sugar entity does business. “Time is of the essence and decisions are urgently needed,” he told the committee chaired by Opposition parliamentarian Irfaan Ali.

“Guysuco has been using creditors to finance its operations [and]… we have not been servicing debt to creditors,” Hanoman added, pointing out GUYSUCO’s debt to the Guyana Lands and Surveys Commission, as well as the local government authorities where estates are located.

While the El Nino drought was cited as one of the reasons around Guyana’s poor sugar performance, Hanoman said the health of the cane fields left more to be desired.

Other factors contributing to poor sugar performance included low turnout among cane harvesters, no money for maintenance of company assets, and industrial actions from the early 2000s to present.

“Guysuco is a labour intensive organisation,” Hanoman noted, “and if you reduce head count, you are going to reduce production.”

He said mechanisation, long touted as being the saviour of the industry, would be important in future but there are still systems to be put in place before that step is taken.

He said too the condition of sluices, aqueducts, dams, and pumping stations and their ability to continue to drain East Demerara really adds further pressure on people who work in those spaces.

Meanwhile, the company has had to elevate persons into senior positions, even though some were not ready for those positions, all due to migrations and resignations of skilled employees.

While labour accounts for 56% of GUYSUCO’s total production cost, 6% of that goes to senior management. No figure was provided nor requested, however, during the hearing on how many were included in senior management.

Hanoman did share some optimism however saying if $45Billion worth of subsidies were plugged into the entity some 331,000 tonnes of sugar could be generated, however, if the investment were made under the state company’s current structure, bailouts of $10Billion annually would be needed.

Opening the questioning was ESC chair, Irfaan Ali asked if Guysuco had any plans for the restructuring which the CEO said was necessary. CEO Hanoman responded there were submissions made to cabinet, indicating those would be shared with the Committee. Questions and requests for clarifications followed, but were overshadowed by a brief exchange of words between Committee Member Junior Natural Resources Minister Simona Broomes, and ESC chair Ali over a ‘suck teeth’.

Ali asserted his position in the Committee calling Broomes out for what he said was disrespect for ‘sucking her teeth’ at his questions. Broomes responded asserting Ali was not her father.

The next meeting of the committee is scheduled for next friday.

2017-01-20
Derwayne Wills
Previous: Omar Shariff fired as Permanent Secretary of the Ministry of the Presidency
Next: New list of nominees for GECOM Chairman likely- Jagdeo