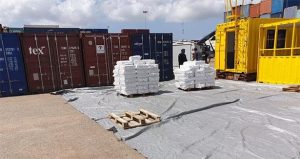 A Surinamese rice exporter was shot dead in Guyana, days after law enforcement agents in Suriname busted 2,300 kilogrammes of cocaine in a shipment of rice that was destined for France, his lawyer in Suriname said.

Nintender Oemwarsingh, who owned Nivash Rice in Suriname, was found dead on the Number 63 foreshore on Monday, his lawyer Irvin Kanhai said. 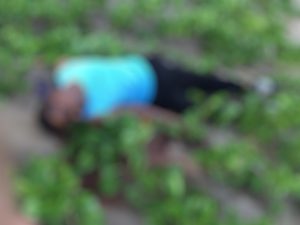 Guyana’s Deputy Police Commissioner Lyndon Alves said “at present we are still doing some checks and we are in contact with my counterpart in Suriname and we are waiting for confirmation”.

On Tuesday, January 8 Surinamese police found 2,344 kilogrammes of cocaine in eight containers of rice at the Jules Sedney Port in the capital Paramaribo, awaiting loading for transshipment to France via the Caribbean island of Guadeloupe.

The Guyana Police Force earlier Monday said investigators were probing the “murder” of a male East Indian whose body was found at about 4:20 pm on the foreshore “with a suspected gunshot wound to the forehead. A spent ammunition and a cell phone were found next to the body.”

The dead man was clad in a blue vest, a pair of black long track pants and a pair of black and white boots. His body was taken to the Skeldon Hospital mortuary for identification and an autopsy.

Guyanese police said no one was arrested and investigations were continuing.

The drugs were hidden in eight containers filled with rice, awaiting loading at the harbour from where they were destined for France, through Guadeloupe. Port security who stumbled upon the shipment reportedly summoned anti-narcotics police.

A United Nations Office on Drugs and Crime (UNODC) and the World Customs Organization (WCO) Container Control Programme (CCP) has seen huge cocaine busts in Guyana and Suriname over the last five years.