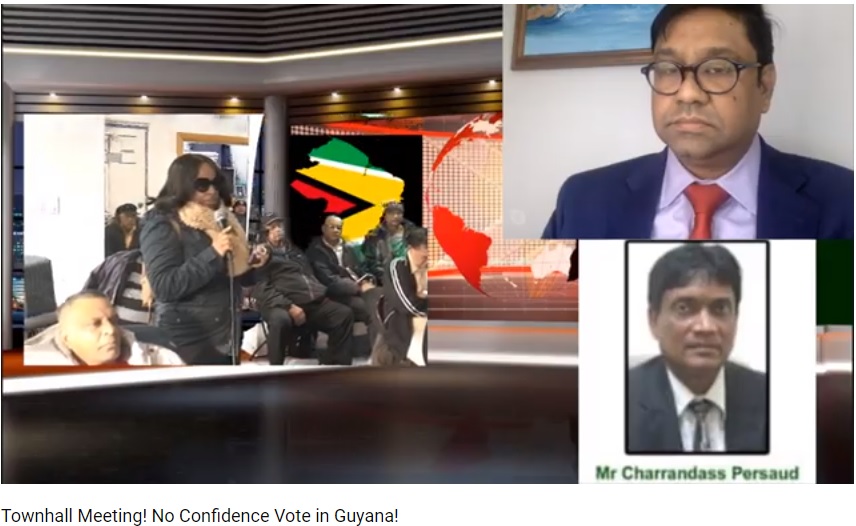 Former government parliamentarian Charrandass Persaud, who voted for an opposition-sponsored no-confidence motion that has triggered steps for early general elections, has admitted that he had been in contact with gold dealers, but said he is willing to take a lie detector test to prove that he never sold his ‘Yes’ vote to the People’s Progressive Party (PPP).

“Yes, I will submit to it and I’ll tell you that they cannot [sic] – the lie detector, no matter what they do with it – will not find that I accepted bribe because nobody has given me any money up to now to say ‘look I’m bribing you to vote.’ I vote because I wanted to vote,” he said. “I will submit to the lie detector test and it will not be. It cannot be positive so I wouldn’t have to worry what if it is,” he added.

Persaud added that his main reason for voting for the no-confidence motion was to remove members such as Public Security Minister Khemraj Ramjattan, Prime Minister Moses Nagamootoo of the Alliance for Change, and Amna Ally and Joseph Harmon.

Fearing that he could be locked up and killed while in detention, Persaud said he would most likely return to Guyana after the next general elections.

Against the backdrop of Police Commissioner Leslie James saying the law enforcement agency was probing a “matter of national security” involving Persaud, the former legislator for the first time acknowledged that he had been in communication with other persons about purchasing gold for export. “I have clients, who are still looking for gold and so I was negotiating with a couple of dealers, finding out the price, what it will take if you buy it in Guyana and if they ship it and we pay for it and we receive it in Canada. That is what I was doing so I went to two dealers,” Persaud said. He said investigators went to one of the dealers on Robb Street. “They take the man’s computer and everything. What the ass are they investigating? What is wrong with making enquiries?”, he said.

He shrugged off reports in sections of the media that he had been paid US$1 million in raw gold to vote for the Bharrat Jagdeo-sponsored motion on December 21, 2018 that has since put the country in a political and legal tailspin over the validity of his vote because he is Canadian and the mathematical accuracy of the 33-32 seat approval of the motion. “No, I did not take a bribe. Nobody even offered me a goddamn dollar,” he said on a telephone link-up with Financial Analyst, Sasenarine Singh in front of an in-house audience at a Town Hall meeting held at Queen’s, New York.

Under Guyana’s Constitution, general elections are to be held within 90 days of the December 21 no-confidence motion which expires on March 21, 2019. But after House Speaker Barton Scotland refused to reverse the vote and left it to the Court to resolve all related issues, the government, opposition and its advocates have filed legal actions.

Responding to a question from Malaika Clarke on the floor at the town hall meeting about whether he was “truthful” to Guyanese when he had praised the government in his contribution to the 2019  National Budget debate, Persaud acknowledged that the governing coalition improved several roads but thousands of sugar workers were laid off. “I will say this publicly. I don’t lie. When I spoke in favour of the budget, I spoke particularly on Region Six and over a three-and-a-half-year period, they did do roads, they did put lights, not all over the place. They worked in Region Six. They had to give us something. What I said was the truth… My mind was made up the day before that. At that stage I said ‘this is enough’ and at that stage I decided I would support the no-confidence motion,” he said.

Fomer Region Six Regional Executive Officer (REO), Dr Veerasammy Ramayya, noted that Persaud “followed the protocol” and praised the 2019 budget instead of expressing his real concerns in the House. “He was playing a little game if you want to put it that way but he did the right thing at the right moment because the government was going back to where they were – 28 years- that is how I saw it. But I spoke against the government while I was working for them as the REO and I left the job because I will not follow that protocol so I had the guts to walk away from them.

“He supported the budget, was not a bad budget but if he had done something contrary in that budget, they could have replaced him… and this is what people don’t understand. Sometimes you have to play the games to know where they are going and this is what politics is all about,” Ramayya added.

Persaud, meanwhile, ruled out joining the PPP because he was not interested in holding any political office. Previously, at a Hindu mandir, Persaud had stopped short of telling congregants that they should vote for the PPP, saying they should not vote for A Partnership for National Unity (APNU) or the Alliance For Change (AFC).