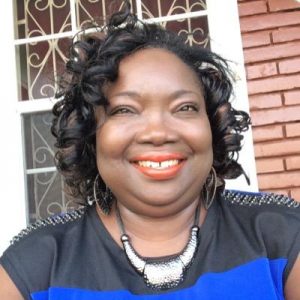 High Court Judge, Navendra Singh on Friday ruled that defamation cases by former Deputy Chief Elections Officer of the Guyana Elections Commission (GECOM) against Vice President Bharrat Jagdeo and others should go ahead rather than await the outcome of criminal cases against her in the Magistrates Court.

The defendants – Mr Jagdeo, Attorney-at-Law Sanjeev Datadin, Deputy Speaker Lenox Shuman,  and Dr Leslie Ramsammy- are being sued for a total of GY$450 million. The case is now scheduled to start in March, 2023.

The plaintiffs have 28 days within which to file an appeal if they so desire.

The Court’s decision was made so that the plaintiff would not suffer any delay. Justice Singh also reportedly agreed to consolidate the cases, move to a pre-trial review and then hold oral hearings.

Lawyers for the defendants were arguing that if Ms Myers was found guilty for election-related charges, the defamation proceedings would be practically irrelevant. Justice Singh refused to stay Myers’  defamation law suit, saying that the criminal proceedings have no definitive time frame for completion and the litigant should not be prevented from pursuing her claim due to that delay.

Attorney-at-Law Eusi Anderson, who is representing Ms Myers, said his client is suing the defendants for alleging that she misconducted herself in public office in respect of the March 2020 general and regional elections. Mr Anderson said he also presented facts that the criminal matters which commenced in October 2020 have inordinately delayed by the prosecution’s appeals of Magistrate Leron Daly’s ruling to conduct a preliminary investigation into the charges of Misconduct in Public Office.

Lawyers for the defendants had argued that argued that the stay was necessary because- according to  them, Myers had to first win her criminal case in the Magistrates Court before coming to the High Court to ask it for monetary compensation for their defamation
of her character.

2022-12-10
Denis Chabrol
Previous: Police Commissioner to be commanded to accept service of lawyer’s charges under Kidnapping Act
Next: Study for an Executive Public Sector Leadership Programme