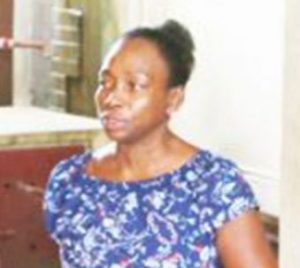 Guyana’s High Court on Wednesday awarded GY$3.1 million (approximately US$14,553) to a Jamaican woman, after finding that she was unlawfully detained and also the conditions at the police lockup were inhumane, in clear violations of Guyana’s constitution.

Chief Justice, Roxane George-Wiltshire found that Sandra Russell, who had been convicted for marijuana trafficking for the purpose of trafficking, was later detained at the La Penitence Police lockup for five months and that the conditions there were also inhumane- both being in violation of her constitutional rights.

She was represented by Attorney-at-Law, Darren Wade.

The court declined to award the amounts that Ms. Russell had  claimed, but instead ordered the State to pay her “largely compensatory” amounts of GY$500,000 for each of the five months that she had been unlawfully detained  and GY$75,000 each for the eight months that she had been in the police lockup. “As regards the conditions of the police station lockups, damages will be awarded for the entire eight-month period since lawfulness or unlawfulness of detention is not relevant to the conditions of detention,” the Chief Justice said.

That would amount to GY$2.5 million for the five-month long police detention and GY$600,000 for the inhumane conditions of the lockup. The Court also ruled that Ms. Russell must leave Guyana and, if required, her airfare back to Jamaica must be paid from the compensation. “Since the applicant is not a citizen of Guyana and has clearly overstayed her time, unless some accommodation is granted by the State, she must leave. This should not be at the  expense of the State. As such, unless she can stand the expenses of her return to her home country, which such expense is to be deducted from the award,” the Judge added.

Chief Justice George-Wiltshire also ordered the State, through the Attorney General, to pay GY$250,000 in costs.

Both sides can appeal.

The Jamaican woman had pleaded guilty in 2018 to being in possession of 70 grammes of marijuana at Omai Landing and she had been  sentenced to eight months imprisonment and fined GY$135,000.

While at the New Amsterdam Prison, her prison term had been slashed by half and she had been released early with the expectation of being handed over to immigration for deportation on November 2018. However, the woman had been taken to the East La Penitence Police Station and, according to her affidavit, she had fallen ill because the poor conditions there.