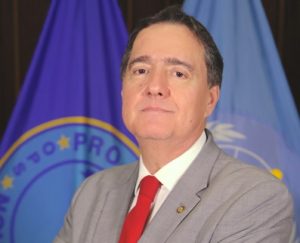 The Pan-American Health Organisation (PAHO) on Wednesday said there is no need to impose the need for a second COVID-19 vaccine and would amount to a “barrier” to the movement of persons, in the wake of concerns by Guyana and the rest of the Caribbean Community (CARICOM).

PAHO’s Assistant Director, Jarbas Barbosa said there is no proof that the mixing of vaccines is safe. “We do not recommend to taking a second vaccine. There is no medical need for the health of people to take other vaccines. No study is guaranteeing that this is a safe procedure so we do not recommend to vaccinate twice,” he told the weekly news conference.

Millions of persons from more than 70 countries have be inoculated against the deadly COVID-19 vaccine with Sputnik V.

The United States, Canada and the European Union do not list the Russian-made Sputnik V vaccine as one of those that is acceptable for foreigners to take when travelling to those countries.

Mr.  Barbosa said PAHO and the World Health Organisation (WHO) have not and would not support any barriers to the movement of persons on the basis of the vaccines that they have taken. He said the vaccination of persons with two vaccines would not increase the ability of persons to resist the COVID-19 virus. “This does not provide any additional protection and it is effectively a barrier for people,” he said.

Mr. Barbosa said the introduction of quasi vaccination certificates to authorise people to enter countries would increase inequity and access” to a jab.

The PAHO official said only the yellow fever vaccine is required to authorise entry by foreigners to other countries.

CARICOM Chairman, Antigua and Barbuda’s Prime Minister Gaston Browne and Guyana’s President Dr Irfaan Ali have both railed against countries that are imposing travel restrictions on foreigners who have not taken vaccines approved by the WHO or food and drug regulators in North America and Europe.

Prime Minister Browne said his government was “extremely disturbed” about incidents in which some countries have not recognised vaccines administered in Caribbean countries, and have forced fully vaccinated travellers in to quarantine. “Governments cannot urge people to get inoculated on the basis that the best vaccine
is the available vaccine, and yet discriminate against vaccines that were not manufactured directly in North America and Europe,” said Mr. Browne.

He said that such an approach would amount to “a form of vaccine apartheid” and would “defeat the objective of
inoculating 70 per cent of the world’s people by this time next year. “This discrimination must cease now before it becomes a norm by some developed  countries. It is wrong; unjust, and patently unfair,” he said.