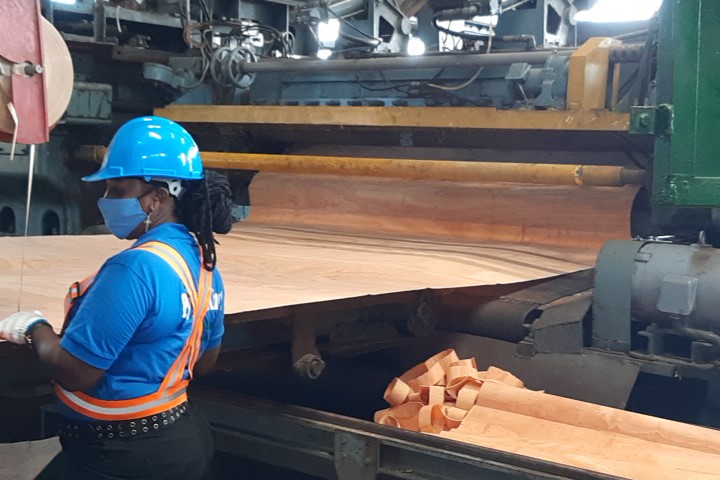 Even as Barbados prepares to import prefabricated houses from China, Guyana’s President Irfaan Ali on Sunday challenged the Malaysian-owned Barama Company Limited and other producers to build houses for export to the Caribbean.

Addressing the 30th anniversary ceremony of the company at its Land 0f Canaan headquarters, he said Guyana’s wood sector needs to develop its value-added products such as wooden houses that are sustainable and affordable.  That approach, he said, would market Guyana’s products to the rest of the region.  “That is where the conversation has to go. How do we integrate all the players to come together in a consortium in which we build an affordable home, we can package that home in a crate and export it to the region,” the President said.

He noted that Guyana needs to build houses that are suitable for the vulnerabilities, such as hurricanes, that face the Caribbean. He cited the need for the products to be efficiently shipped, of high quality , withstand threats and assembled in a fast and efficient manner. “Then, we have something to go to Guyana and say that we in Guyana can produce this package, let’s talk about taxes and barriers to trade,” he said.

The Barbados government has said that it will importing 150 prefabricated emergency houses from China to “jump start” and boost its response to residents whose houses were affected by the freak storm and Hurricane Elsa.

Barama’s Country Manager,  Mohindra Chand praised the Guyana government for increasing the Common External Tariff (CET) on plywood produced outside CARICOM from 10 percent to 40 percent as one of the main pillars for the company’s financial recovery.

He announced that Barama would once again invest in heavy duty equipment worth GY$500 million, to harvest and remove logs from the forest to the Land of Canaan factory, still with a role for the small loggers who cannot afford to buy such expensive equipment.  Mr. Chand said the projected log intake next year is GY$800 million GY$1billion. The reinvestment programme, he said, would include purchasing new equipment at a cost of GY$300 million and another GY$100 million in major rehabilitation.

Mr. Chand said that at full capacity, Barama would be creating 140 new jobs.

“This new investment or reinvestment is going to see us further diversify our product line and include more species that will go towards lumber and logs so I guess we are getting back into the lumber business,” said the top Barama executive.

The President promised to work with the wood sector to ensure there is much-needed product certification to enter new markets and come up with a strategy to drive demand. “The local market is going to grow drastically,”  he said, adding that projections are that 1,000 new houses would be built in a newly proposed smart city.  With large forest producers operating only at 10 percent of their capacity, the total output is 364,000 square cubic metres.

He recommended the establishment of a consortium of industry stakeholders to strategise on how best to capitalise on opportunities in the wood sector which employs 15,000 persons directly and indirectly.

President of the Guyana Manufacturing and Services Association (GMSA), Rafeek Khan welcomed Barama’s plans to increase its output and its sales by 50 percent. He cautioned against investing in second-hand equipment because it would not enhance efficiency.