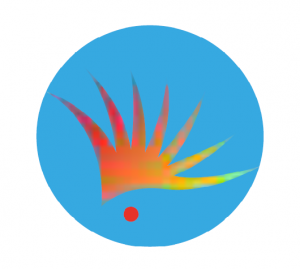 A new telecommunications company, Canje Tel, plans to invest US$200 million in a subsea fibre-optic cable to mainly serve the offshore oil and gas operations and remote communities with little or no access to the Internet, a top official said Saturday.

Senior Engineer at Canje Tel, Raymond Michael Kirton said an application and all supporting documents have been filed with government’s Telecommunications Agency with the hope of securing the licence. He said the Trinidad-based HARCON Group has already secured a US$200 million loan which is on standby to implement the project.

He said the roll-out time-line, including maritime mapping, would take three years, around 2024, “when Guyana would be booming.”

The official explained that the cable would be 16 terabytes with a lifespan of 25 years. “We are looking to capitalise with a brand new cable,” he said. Redundancy plans include creating a hub and an earth station, he said.

Mr. Kirton said Canje Tel first applied in November 2020 and a few days ago submitted the final documents including proof of application to the Maritime Administration to conduct maritime surveys, Environmental Protection Agency (EPA) and the Sea Defence Board.

The company plans to serve the Floating Production, Storage and Offloading (FPSOs) offshore directly  in the Atlantic rather than come to shore first and then be rerouted back to the vessels. Mr. Kirton said the cable would land onshore at Now-or-Never, Mahaicony with east and west linkages to cater for more oil and oil-related investments. A landing station, data and contact centre would also be located there to create employment for the people and “bring some value to the community with the infrastructure.”

“We hope to land a sub-sea fibre optic cable to deliver enterprise level bandwidth to the huge companies like Exxon and all the other companies coming in to Guyana because there will be an increased need for bandwidth,” he said.

If approval had been granted four years ago, the Canje Tel official said his company would have been able to supply ExxonMobil with the required bandwidth. That American oil major has since decided to run its own fibre-optic cable to its FPSO.

Mr. Kirton  said he was buoyed by recent pronouncements by Vice President Bharrat Jagdeo that another fibre-optic cable would be landing in Guyana.

The Canje Tel official said his companies planned to partner with small Internet Service Providers (ISPs) in those communities to supply bandwidth at a “reasonable rate” instead of sourcing from other providers like the Guyana Telephone and Telegraph (GTT).