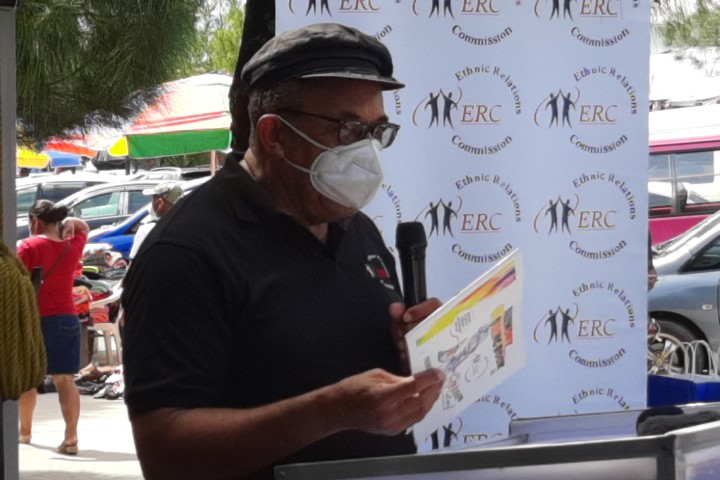 ERC Commissioner Barrington Braithwaite holding a copy of “Harmony Colouring Book – Colour our History and Heroes” which he authored for that constitutional body.

The Ethnic Relations Commission (ERC) on Wednesday launched a colouring book to help promote racial and ethnic harmony across Guyana, and already that constitutional body intends to get copies into the schools through the Ministry of Education.

Titled “Harmony Colouring Book – Colour our History and Heroes” , the  26-page publication, which was authored by Commissioner Barrington Braithwaite , features the roles and contributions of peoples of all races to Guyana’s history and development.

ERC Chairman, Reverend John Smith told News-Talk Radio Guyana 103.1 FM/ Demerara Waves Online News that the Ministry of Education had been approached under the last administration to distribute the colouring books to children. He said a committee had been set up but “we didn’t get too much of traction., we didn’t get too far.”

Chief Executive Officer of the ERC, Reggie Chester said the Education Ministry has once again been approached. “We have tried engaging with the new Minister of Education. However, she has been out in the field but we do plan to engage the Minister because we do see the need for collaborative efforts,” he said. Mr. Chester hopes that the Education Ministry would play a major role in distributing and reproducing the books.

“We believe, at the ERC, that education is the key and education is what will eradicate our suspicions among our people. It will eradicate the stereotyping and it will remove those walls of misunderstanding and, hopefully, it will be able to foster appreciation for each other,” the CEO added.

Mr. Smith said the aim is to cultivate the minds of young children to respect each other regardless of their differences. “We want to start with the children because if we get the children involved, chances are the next generation will have a better appreciation of each other and so we are not seeing each other with bad names and tags and different things but rather see us as one, a One Guyanese Nation,” he said at the launch of the publication outside Republic Bank, Water Street, Georgetown. 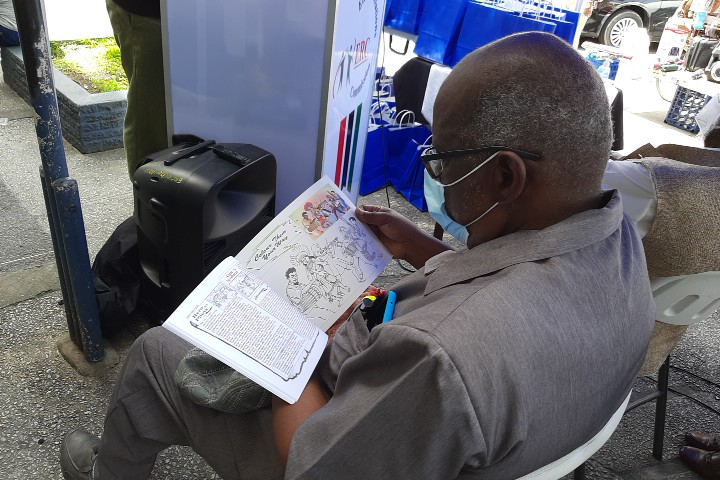 The ERC hopes that as the children colour, they would be able to learn at the same time so that Guyana could achieve ethnic harmony and working together. Mr. Smith insisted that copies of the colouring books are “free” and must not be sold under any condition whatsoever.

Mr. Braithwaite remarked that the colouring book does not feature politicians. “Incidentally, there are no politicians in this book. None! There are people who have made contributions,” he said. Based on a survey with teachers, he said an index is included in the book to inform readers who are featured in the publication in order to whet their appetite to conduct further research.