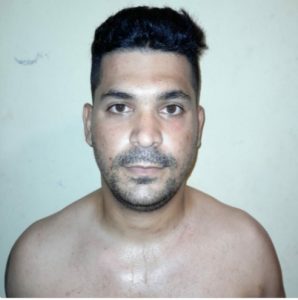 The Cuban man, who allegedly hammered and knifed to death his partner and her daughter, has been arrested.

He was arrested the same day the bodies of t he woman and her daughter were found in their Princess Street, Lodge residence.

Region 10 Divisional Commander, Superintendent Winter said the man was held by a hill shortly before midnight. He said the suspect was seen walking and was arrested based on description.

A hammer and a knife were recovered from the crime scene.