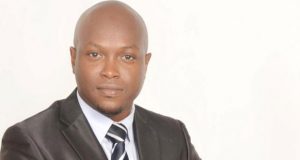 Well-known lawyer and politician, James Bond was arrested earlier Tuesday in connection with the lease of government-owned lands, and police later denied his claim that he was asked to undergo a lie-detector test.

Mr. Bond said on his Facebook page that he was asked to undergo a lie detector test surrounding allegations made against him. However, he law enforcement agency said it did not plan to conduct a polygraph test.  “At no time was Mr. Bond asked to submit to a polygraph test or as described by the post, a “lie detector test”. Further, the Force has no intention to make any such request,” police force spokesman, Assistant Commissioner Royston Andries-Junor said in a statement.

In a second post, Mr. Bond said he was willing to undergo a lie detector test in connection with allegation made against him by Eddie Doolall and Avlon Jagnandan.

Mr. Bond, who is a former executive member of the People’s National Congress Reform, says he is cooperating with police. He said he was being held f0r 72 hours and was currently at the Brickdam Police Station. He said he would not be asking for station bail. “I will not request bail, because I have nothing to hide. I am ready and willing to do a lie detector test to prove my innocence, but I am still to be provided with the opportunity to do so,” he said.

His name has been raised on several occasions in relation to the lease and subsequent sub-letting of lands belonging to the government’s holding company for State assets named the National Industrial and Commercial Investments Limited (NICIL).

In audio release by Opposition Leader Joseph Harmon said a pattern was developing in which police were arresting, questioning and detaining persons and “hoping that you will make statements that will make a statement that incriminates yourself.”

“This detention in Brickdam lockups is a deliberate strategy to try to break people and to embarrass them in the public and I take serious offence to that,” said Mr. Harmon, also an Attorney-at-Law.

Arguing that the detainees so far are not flight risks, he said Mr. Bond “need not be detained”. He added that if the police have evidence of criminal wrongdoing they should be allowed to their work instead  rather than be politically directed to target Afro-Guyanese. “I believe that what is happening here before us is the clear directions given by this  PPP regime to the police to harass Black professionals. They have gone after these professionals with a vengeance,” he said.

The former Minister of State recalled that before the 2015 general elections, the coalition had compiled a report on land use and land ownership. 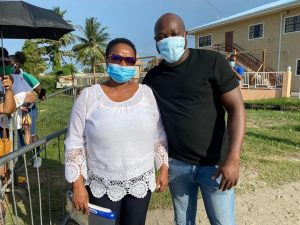 In a 2018 document that the National Industrial and Commercial Investments Limited (NICIL) has since claimed has been forged, it states that the  Minister of State was expected to secure all necessary approvals through Central Housing and Planning Authority following receipt of all pertinent files from NICIL CEO.

Now sacked acting Chief Executive Officer of NICIL, Colvin Heath-London has also been arrested and questioned about who authorised him to  sub-let lands. Through his lawyer, Nigel Hughes he has been relying on a Board Note and the proposal by the late CEO of NICIL Horace James.

Recently, the PNCR Executive had come under pressure to issue a statement of solidarity with Ms. Lawrence after she had been detained, questioned and charged with alleged electoral fraud.

The PNCR-led coalition had invited the media to a protest at the Square of the Revolution/ Office of the President on the 100 days of the People’s Progressive Party (PPP) being in office, but none had been issued for a Lawrence-led protest outside the headquarters of the Police Force Criminal Investigations Department headquarters the same day.