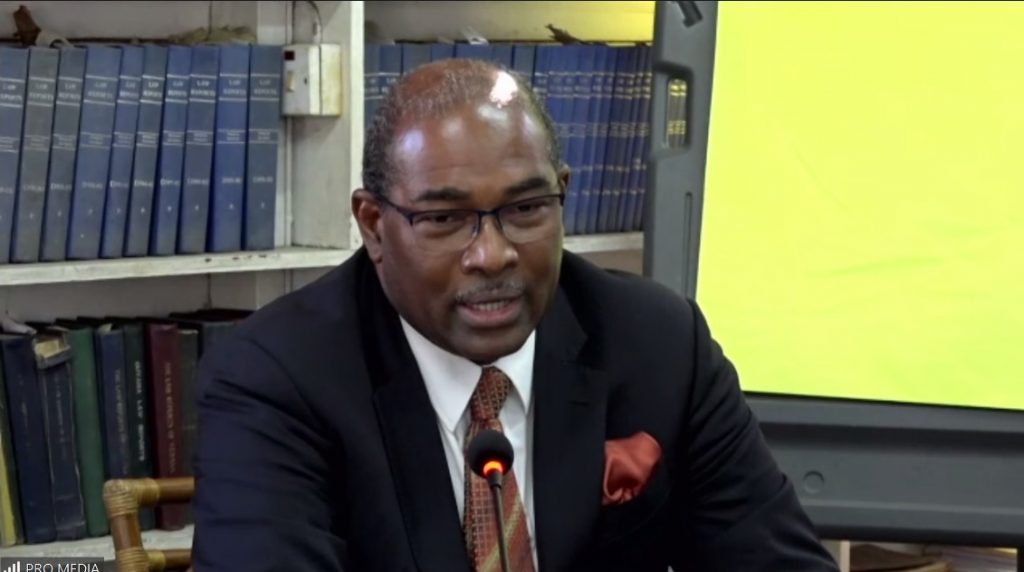 Attorney-at-Law, Nigel Hughes on Tuesday said the trousers in which the body of one of Joel Henry cousins was found did not undergo DNA testing for possible traces of biological material for matching with suspects, and he and the family are pressing for an Argentine team of experts to come to Guyana to conduct high-tech tests.

The Attorney-at-Law said the police investigator did not give a definitive answer on whether the trousers had been submitted to the team of investigators that came to Guyana under the auspices of the Caribbean Regional Security System (RSS) but based on his responses to other questions, it was clear that police did not dispatch that piece of clothing for forensic testing. “I asked a very specific question of one of the investigators and he was unable to respond positively. My history of dealing with the Guyana Police Force is that they are normally not reluctant to share that  kind of information if they are in possession of it. As a matter of  fact, my analysis of his response was almost as if he was saying ‘Oh God we should have done it’ so that is the basis upon which I said that and I had specifically enquired,” he said in response to  a question y News-Talk Radio Guyana 103.1 FM/ Demerara Waves Online News. The lawyer said he received specific answers about the DNA tests for the cigarette butt and blood but there was a “lack of a response” about the trousers and it was “complemented by prevarication.”

Repeated efforts to contact the Head of the Criminal Investigations Department, Senior Superintendent Wendell Blanhum by telephone were unsuccessful.

Mr. Hughes said the trousers that one Joel Henry was wearing at the time he had gone to the Number 3 Village backdam to pick coconuts was not found on his body but instead his body was found in an oversized trousers.

Highlighting that it would cost more than US$40,000 for the team to come to Guyana with sophisticated equipment, Mr. Hughes lamented that the Guyana Police Force’s reward of GYD$3 million or US$15,000 indicates that the Guyana Police Force has failed in its own efforts to identify the perpetrators and was now depending on information from the public. “I think that the fact that they are offering a reward is an admission of failure and an admission that they are unable to solve the crime with their present means and, therefore, they are hoping that by a financial incentive that somebody will come forward,” he said.

The Guyana Police Force (GPF), Guyana Human Rights Association (GHRA) and Hughes, Fields and Stoby (HFS) law firm  had been in talks for the Argentine Team of Forensic Anthropology (Equipo Argentino de Antropologia Forensica-EAAF), but Mr. Hughes said the police force has not responded to recent letters from the GHRA.

Mr. Hughes said he was at a loss about why the State would be unwilling to pay for the Argentine and Spanish team to come to Guyana to use its technology that is far superior to that of the RSS-backed laboratory in St. Lucia. The lawyer said initially the Guyana Police Force was willing to facilitate the Argentine team, but now the father of one the dead Henry cousins said President Irfaan Ali did not give him a positive answer.

The lawyer said he and the Henrys would continue to “press and advocate and attempt to persuade authorities” for the Argentine experts to come to Guyana in a bid to ease what could have long-term impact. “This event, these murders have left an open gaping wound in the Guyanese society. It is not healing and it is not likely to be healed unless this is solved,” he said.

The mutilated bodies of the Henry cousins were found on September 6, 2020 on a coconut estate in the backlands of Cotton Tree, West Coast Berbice one day after they had left to collect coconuts to sell. Police later said it was evident that the boys were killed somewhere else and their bodies taken to where they were found. Haresh Singh was killed three days later  and his body found next to his burnt motorcycle at Number Three Village where he had been riding to his farm.