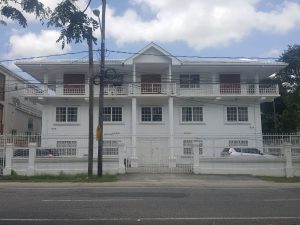 All 42 members of staff of the State Assets Recovery Agency (SARA) were Tuesday served with letters terminating their services, according to well-placed sources.

The letters were signed by Attorney General and Minister of Legal Affairs, Anil Nandlall.

The staff members have been given one month’s notice from October 13, 2020, but sources say several if their salaries and gratuities would be reduced.

Professor Thomas and Mr. Heath-Retmyer have been terminated with immediate effect.

Under A Partnership for National National Unity+Alliance For Change administration, several members of the then People’s Progressive Party administration had been cited for the alleged acquisition of State property for their own use.