The decision was taken yesterday at the Committee’s meeting, in keeping with the PNCR’s constitution.

The PNCR says Mr. Harmon, who was election agent for the PNCR-led APNU+AFC coalition, gave a detailed election update and summary of the coalition’s performance at the March 2, 2020 elections.

Mr. Harmon last week signaled that the PNCR would be aiming for young, aggressive leaders to push forward his party’s agenda and representing its constituency against various aspects of poor governance by the People’s Progressive 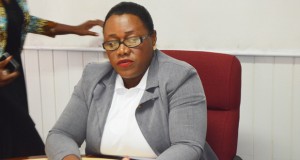 Party (PPP). “During the past campaign that we had, we have discovered , new leadership has emerged in our party and in our coalition; young bright people who would not sit down and accept nonsense,” Harmon has said.