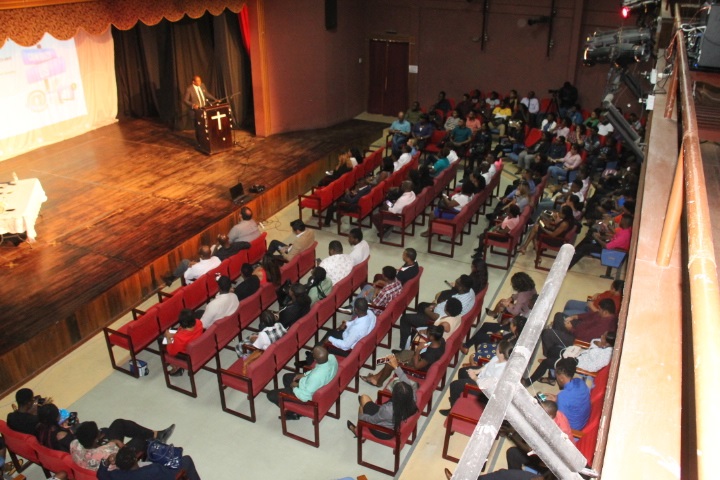 Petroleum industry lawyer, Nigel Hughes has flayed the incumbent David Granger-led administration for not putting much-needed legislation and regulations in place to govern Guyana’s oil and gas sector ahead of production and exportation.

He was Tuesday night addressing a symposium organised by the Youth and Oil Association under the theme “Empowering our future, developing our resources, and strengthening policies”.

Mr. Hughes says a lot of time has been wasted by Guyanese politicians haggling over reasons such as the no-confidence motion or the opposition’s boycott of the National Assembly for not passing laws and regulations for the oil sector.

“I know it’s controversial but I’m going to say it. We have lost the last year in this country by not passing a single Act of Parliament or a single regulation to address and support the most economic asset we have, which will be providing for us for the next thirty years,” said Hughes whose law firm, Hughes, Fields and Stoby, has extended its operations to Houston, Texas.

He noted that Guyana has started oil production without a petroleum commission or regulations that govern how the oil is exploited and the required production regime. “We have started to produce oil; we celebrated that fact and we have no laws in place,” he added.

The Natural Resource/Sovereign Wealth Fund Act has been passed but the required committees have not been established because the opposition and the Private Sector Commission have not named their nominees.

Immediately after the opposition-sponsored no-confidence motion had been passed on December 21, 2018, the Granger-led administration had accepted its defeat but in the days that had followed, Hughes publicised claims that an absolute majority of the 65-member National Assembly was 34 instead of 33 by which the motion had been passed. This subsequently formed the basis of a legal challenge by government associates on the motion’s constitutional validity because one Alliance for Change lawmaker, Charrandass Persaud, who had sided with the opposition People’s Progressive Party on the motion, was a dual citizen.

That case ended in July, 2019 when the Caribbean Court of Justice (CCJ) had ruled that the motion had been validly passed by an absolute majority of 33 votes. However, the David Granger-led administration had refused to call elections on the grounds that the Guyana Elections Commission (GECOM) had not been ready to conduct the general and ten regional administrative council elections.

The CCJ had also ruled that the administration was an “interim” and “caretaker” one, pending agreement among local stakeholders on an election date. The President in November constitutionally declared that general elections would be held on March 2, 2020, amid calls by the United States, United Kingdom and the European Union for government to comply with the constitution.